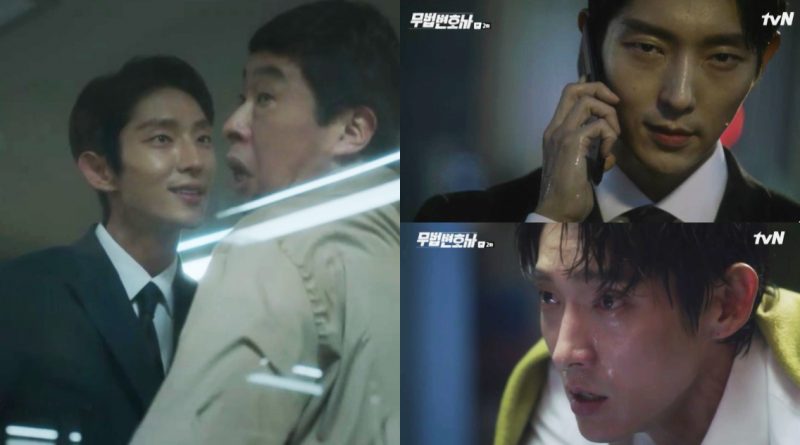 In the second inning of tvN newest drama ‘Lawless Lawyer’ that aired on 13th of May, Lee Joon Gi who played the role of Bong Sang Pil successfully showed his dazzling charm by unveiling his revenge towards Choi Min Soo.

The key to Bong Sang Pil’s revenge is a man named Woo Hyung who got himself involved in a murder case. Bong Sang Pil went out of city to investigate the murder case in order to gained Ahn Oh Joo’s trust. He suddenly unveiled his identity and said “I will get you out of the prison and kill you. I can’t really do it in meantime” he said as he declared his revenge plan. After going through the crisis in his life, Sang Pil is now ready to achieve his goal to avenge the death of his mother.

Ahn Oh Joo (Choi Min Soo) later kidnapped Ha Jae Yi (Seo Ye Ji) and Sang Pil ran to save her. It turned out that Jae Yi’s mother who is now currently missing was a woman who helped him escaped when he was held as a hostage by Woo Hyung’s people. Sang Pil who returned to the court room after he saved Jae Yi is smiling at Cha Moon suk (Lee Hye Young) and said “This trial is only the beginning” he said, leaving the viewers awed by his charisma.

Lee Joon Gi has showed a great performance with stable acting ability plus his perfect looking suits even in his action scene. In the scene where he saved Jae Yi, he fought and showed his amazing action. The performances of Lee Joon Gi in every genre of drama is expected to make ‘Lawless Lawyer’ become the best drama of the year.