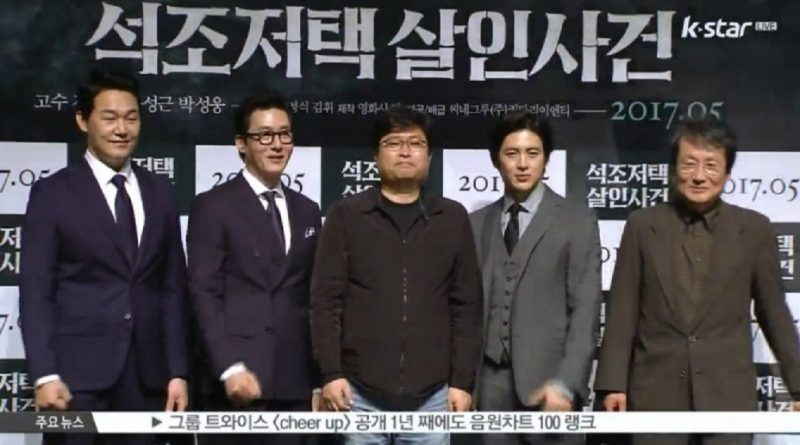 During the press conference of their movie, the main cast of ‘The Tooth and the Nail’ movie, Go Soo, revealed co-staer Kim Joo Hyuk’s excessive trait. Ex-member of 2 Days 1 Night who’s well known with his nickname ‘Gu Tae Hyung’, Kim Joo Hyuk, is playing an antagonist character in this movie, in which he did a lot of action scenes to make his portrayal of the antagonist Nam Do Jin perfect.

What does Joo Hyuk think of his action scenes? “When I had to do the action scenes I even thought, ‘Wah, it’s so hard to make money, I even have to do something like this’. But now all I think about is ‘Wah, Nam Do Jin’s body is so strong’.”

‘The Tooth and the Nail’, starring Go Soo and Kim Joo Hyuk, will be released on May 9.