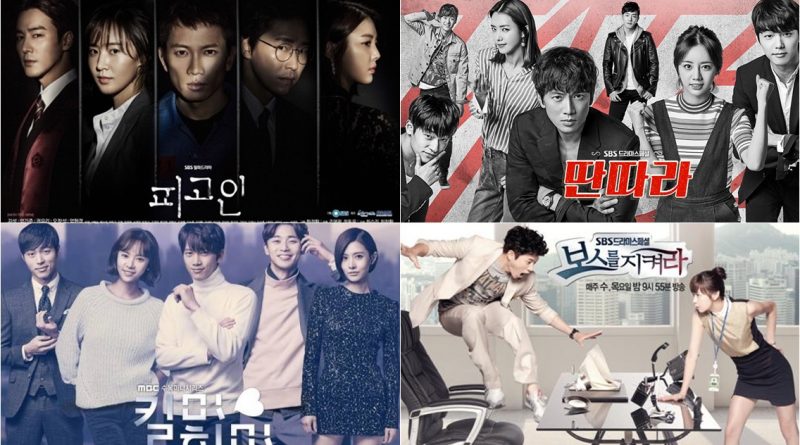 Ji Sung was born on February 27, 1977 in Seoul, South Korea. His debut as a time-honored artist is through a character in the drama in 1999 but his acting abilities became more recognized since 2001 when he was awarded a New Star award. From 2005 to 2007, Ji Sung took part in the military, and then on August 2, 2013 he officially announced his wedding plans with Lee Bo Young. Later on September 27, 2013 both are officially married.

Defendant tells about Park Jung-woo (Ji Sung), a prosecutor chasing Cha Min-ho’s criminal (Uhm Ki-joon). Unfortunately, this chase makes Jung-woo must lose his wife and son so he’s jailed. Min-ho traps Jung-woo into as if he’s killing his own family. Why did it get that way? Because, Jung-woo insists that Min-ho kills his twin, Cha Sun-ho. Min-ho also lives as Sun-ho and keeps covering his crime trail.

Defendant invites the audience to look back long enough. After the story goes back to the correct time, the setting of the story focuses inside the prison. After going through various trials (including memory that always goes away every time he wakes up), Jung-woo is helped by his cellmates to escape from prison. They are Milyang (Woo Hyeon), Bangjang (Yun Yong-hyeon), Wooruk (Jo Jae-ryong), Moongchi (Oh ​​Dae-hwan), Lee Sung-gyoo (Kim Min-suk), and Shin Chul-sik (Jo Jae-yun). Six people make this drama colorful. Not only offers tension, Defendant also tells the father’s struggle to save his daughter.

The drama tells about Shin Suk Ho who was betrayed by his own friend and required him to go to jail and was dumped from the company where he worked as a director. Shin Suk Ho tries to get up and set up his own company. Shin Suk Ho starts looking for boy group like Jackson to be won until finally Shin Suk Ho meets with Jo Ha Neul who wants to establish a band instead of boy group. Since then Shin Suk Ho started looking for other band players, Kyle guitarist, Na Yeon Soo bass player, Seo Jae Hoon drummer and Jo Ha Neul as vocalist. To note Kang Min Hyuk actor Jo Ha Neul is actually a group band CN Blue as a drummer. It’s strange to see Kang Min Hyuk standing upright as a vocalist without his drumming but Kang Min Hyuk’s sound in this dormitory is good. Background Jo Ha Neul, she was betrayed by her best friend while still in high school until she was jailed for a while for allegedly having sexually abused her that she never did at all. Kyle had attended the Juilliard School and was a good at creating melodies. Na Yeon Soo, although only 25 years old but he already has a 5-year-old son and do everything to get the cost of living. Seo Jae Hoon is a mama boy who studies at Seoul University. Geu Rin is the adopted brother of Jo Ha Neul. Jo Ha Neul’s family adopted Geu Rin as their son because Geu Rin’s parents who are good friends of Jo Ha Neul’s parents, passed away.

In MBC’s ‘Kill Me, Heal Me’, Hwang Jung Eum plays Oh Ri Jin, the assistant of Cha Do Hyun and brother of Oh Rin Oh. The drama also stars Cha Do Hyun (Ji Sung), Oh Rin On (Park Seo Joon), and more. This drama takes on the story of multiple personality and violence against children. A traumatic childhood experience causes the third generation Cha Do Hyun chaebol (actually named Cha Joon Young) to have a memory aberration, and his personality breaks out in seven different identities. He tries to regain control over his life and is assisted by Oh Ri Jin (actually Cha Do Hyun) secretly, a resident psychiatrist of the first year, who eventually falls in love with him.

Eun Sul (Choi Kang Hee) always fails to get a job because she graduated from a less famous university and her CV is less interesting. Until one day she got a call and got a job as a secretary for Ji Hoon (Ji Sung). Ji Hoon is such a perfect man. Looking interesting, rich, and worked in his own father’s company. For the early meetings, Ji Hoon and Eun Sul leave a bad impression. So Eun Sul is often getting into trouble by her boss, that is Ji Hoon. Then the chemistry between the two began to develop.