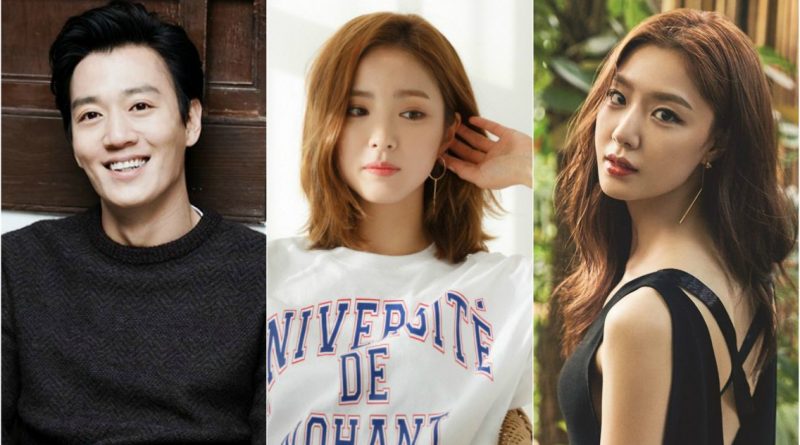 ‘The Black Knight’ describes the love story of a man and a woman destined for 200 years with a poem by a man against a dangerous fate to defend his beloved woman.

Kim Rae Won who returned to play the drama with ‘The Black Knight’ said, “As I read the script I think that this drama is like a movie. I’m sure the narrative that describes the smooth expression of the director and the solid composition of the artist will be incredible, so I chose this work without worry.”

Kim Rae Won is a young entrepreneur in the drama ‘The Black Knight’ named Moon Su Ho. He is a strict and selfless character, but for the sake of love he is a 100% pure character, but on the bright side, he is a charming character.

Shin Se Kyung takes on the role of Jung Hae Ra, a travel agent in the drama ‘The Black Knight’. She plays a beautiful character that retain the unique affirmations and brilliance of all things, such as work, home, and relationships with her boyfriend, as well as experiencing the deepest part of her life in disarray. In addition, Shin Se Kyung will postpone a one-man reversal, becoming the opposite from Jung Hae Ra’s beautiful character.

Seo Ji Hye plays the role of Sharon who is beautiful but has a sad story in this work. Sharon is a mysterious character who has not died for over 200 years and has a selfish and honest character.