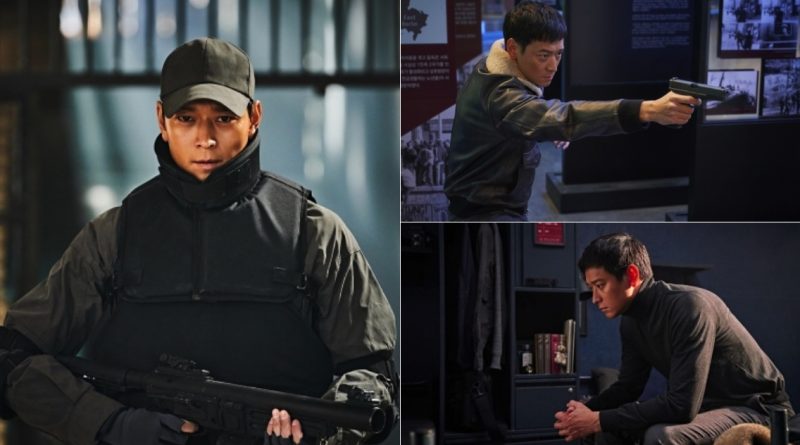 Movie ‘Jin-Roh: The Wolf Brigade’ told a story of a special agent of police organization along with the national public security that is currently pushing the reunification of the two Korea in 2029 and has to fought a battle against the terror from an organization that against the reunification of the two Korea. Kang Dong Won has challenged himself with various genres of dramas and movies such as ‘Golden Slumber’, ‘1987’, ‘Master’, ‘Vanishing Time’, ‘A Violent Prosecutor’, ‘The Priests’, and ‘Kundo: Age of Rampant’ that successfully gained the viewers attention through his unique characters. Now the movie ‘Jin-Roh: the Wolf Brigade’ will be the first Korean Movie with a very unique character where the mind of wolves been implanted in the life oe Human as a weapon.

The role of Im Joong Kyung which will be played by Kang Dong Won is a new member of a new police organization where he will get himself involved in the fight of reunification the two korea.

‘Jin-Roh: The Wolf Brigade’ is set to air for the first time in Korea on 25th of July.