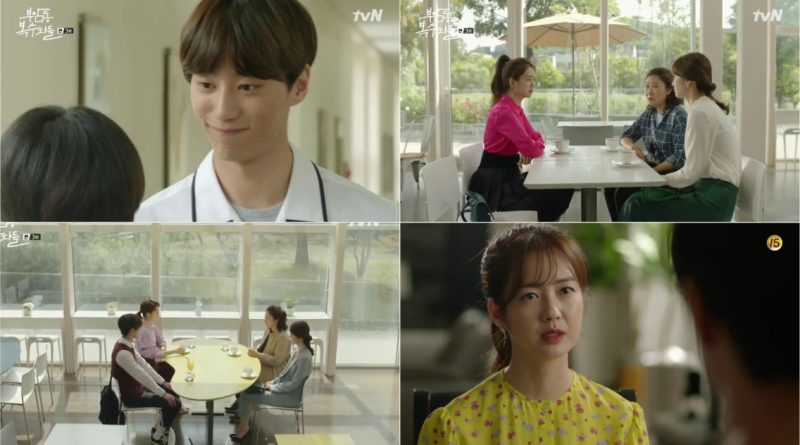 On the 18th, tvN ‘Avengers Social Club’ episode 3 showed Soo Gyum who officially joined as a member of Bok-Ja Club. On that day’s episode Soo Gyum said to Jung Hye (Lee Yo Won), “I also want revenge, be on my side.”

However Jung Hye refused her and Soo Gyum said, “I will not go away, I will disconnect from my real parents.” She informed that she betrayed her biological parents and added, “Adult issues are not a simple matter.”

Meanwhile, Soo Gyum was taken to the police station for violence, and when asked to call her guardian, she contacted Jung Hye.

Jung Hye who came as her guardian gazed at Soo Gyum and said, “Next time if you want to go, tell me where to go.” Then she smiled at Soo Gyum with a tsundere mother’s pose.

After the members of Bok-Ja Club rejected her, Soo Gyum said she wanted to protect her grandmother’s house rather than go home to her real father. She also said, “Help me so I can take care of her”, she kept asking to the end for revenge together.

But Jung Hye said, “The business of revenge, let us do it, you keep this house,” and she rejected her once more.

However, Soo Gyum still had not given up, she appeared like a light when Bok-Ja Club was having trouble. From the case of Dohee (Ra Mi Ran) son who was harassed by Hong Sang Man, she gave lessons because Bok-Ja Club hesitated because that’s where her son works.

It makes Soo Kyum join the Bok-Ja Club, the four people who are related to each other in the hope of wanting revenge makes us curious about the next story.