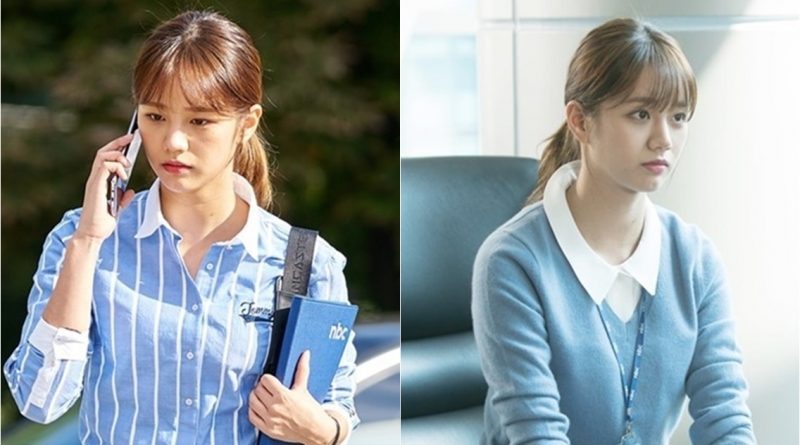 Hyeri has transformed into a news reporter. MBC’s new drama ‘Two Cops’ which will air in November, released a photo of Hyeri playing Song Ji Ahn, a socialist reporter.

In the drama, Song Ji Ahn (Hyeri) is a reporter at the Press Bureau of the Ministry of Social Affairs. She is a hard worker who works tirelessly. She looks like a professional reporter who is chasing and looking for information of a case.

Song Ji Ahn is involved with several fraudulent murder cases, provoking the curiosity of viewers about Hyeri’s happiness in an unsettling society. In the released photo, Hyeri transforms into a social journalist and increases audience interest.

Through Song Ji Ahn’s character, Hyeri will become a socialist reporter who tells the truth faster than anyone. She analyzed and studied the characteristics of professional journalists, taking photographs with care, act and learn gestures as if she meets real journalists.

That way, Hyeri is able to practice the character she plays with stable acting in various works. Her charms add to the excitement in the drama. That’s why Hyeri’s acting in ‘Two Cops’ is awaited.

‘Two Cops’ is an investigative fantasy drama that talks about a man named Cha Dong Tak (Jo Jung Suk) whose body is possessed by a deceitful spirit named Gong Soo Chang and about a socialist reporter. The drama will be the replacement of ’20th Century Boy and Girl’ and air in November.