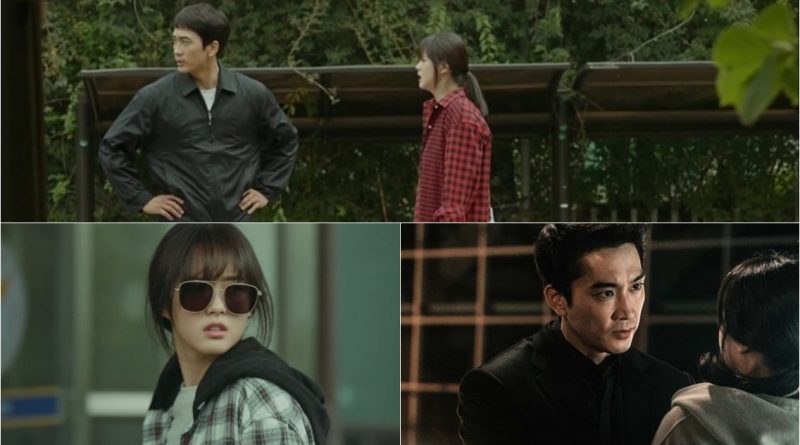 Song Seung Hun and Go Ah Ra for the first time tried a genre like this through the drama ‘Black’. Song Seung Hun that makes women thrill with his sweet charm and Go Ah Ra who is loved for her cheerful character, showing different acting styles. Song Seung Hoon plays a death angel named Black, who borrows the body of Han Moo Kang, while Go Ah Ra plays a woman who can see death named Kang Ha Ram.

Song Seung Hun plays several roles, ranging from mystery to comedy in the process of borrowing the body of detective Han Moo Kang. Han Moo Kang’s character shows that he is not fit to work as a detective, he feels uncomfortable every time he sees a corpse, and it frustrates his colleague Na Kwang Kyun (Kim Won Hae). But then it raises suspicions when Moo Kang is often in trouble, investigating the case alone. After he came back to life, he talks and behaves differently. But it also creates humor because he is not yet familiar with the human world. Black’s attempt to adapt in the human world by borrowing Moo Kang’s body becomes the reason why the drama is awaited.

Go Ah Ra acts as Ha Ram, a woman who feels guilty for not being able to save her father and others from the dead, adding to the excitement of the story. She also tried to hide from the fear of the shadows of death angle with sunglasses, but Moo Kang’s words have encouraged her to save people from death.