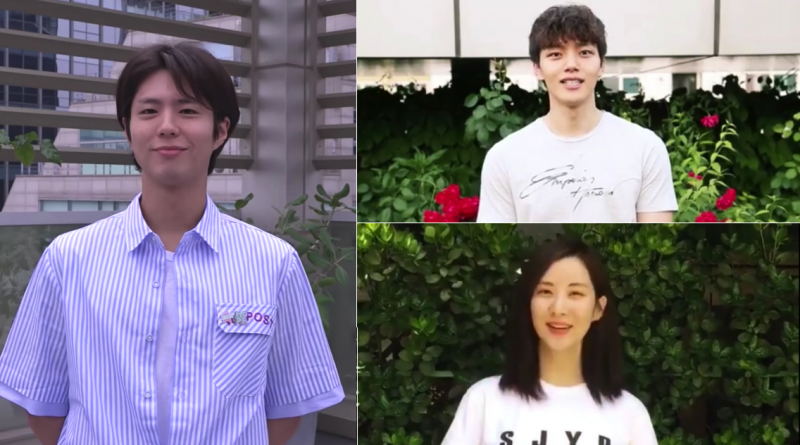 Ice Bucket Challenge is once again becoming the talk of the town in the entertainment industry.

According to Seungil Hope Foundation, Ice Bucket Challenge will target three participants as the challenger for the next 24 hours. If someone was nominated, he or she will have to do it in 24 hours and donate a hundred dollar to the foundation while giving a footage of him or herself being splashed by the water as a proof.

First, Sean appointed actor Park Bo gum, Daniel Henney and SNSD Soo Young as the next challenger. Daniel Henney gladly accepted the challenge and did it straight away.

Through his media social, Park Bo Gum expressed how he is very grateful to Sean for letting him participating in the Ice Bucket Challenge and to help him donating the project of building the first Lou Gehrig nursing house in Korea. He the later appointed Kwak Dong Yeon, Yoo Jin Goo and Lee Jun Hyuk to be the next challenger.

Kwak Dong Yeon accepted the Ice Bucket Challenge and did it right away after being appointed by Park Bo Gum.and then later he pointed at Yoon Park, Kim So Hyun and Do Hee as the next challenger. Seo Hyun also appointed SNSD Hyoyeon, Actress Kim Jung Hyung and Hwang Seung Eon to participate in this donation challenge.