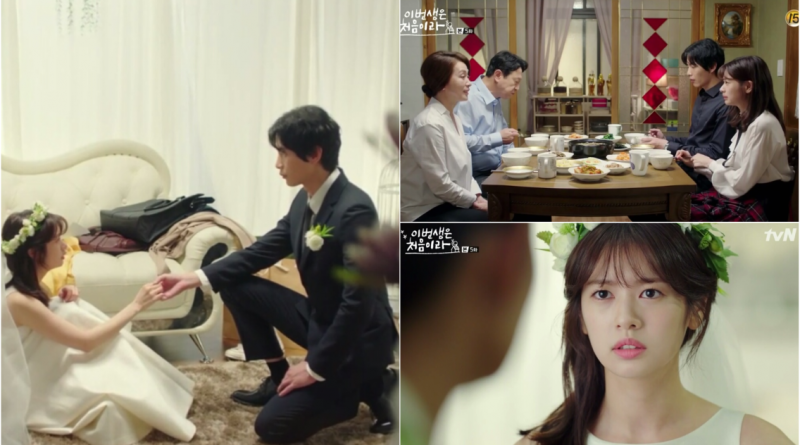 ‘Because This is My First Life’ Jung So Min showed a fun appearance and pure performance.

On the 23rd, tvN’s Monday-Tuesday drama ‘Because This is My First Life’ episode 5 finally announced the wedding plans of Lee Soo Ji (Lee Som) and Yang Ho Rang (Kim Ga Eun) to their friends, but Ji Ho was still worried about marrying. Because they are close friends from high school, they know too well about each other’s character and do not hide their real character anymore.

Ji Ho, who basically told the host that she could easily contact her friends said, “I think it’s a destiny.” She managed to deceive her friends and acted weirdly.

Ji Ho acting surprised did not stop there. They both finished their first greetings safely to Ji Ho’s parents, but now they faced a second problem which is Nam Se Hee’s parents (Lee Min Ki). However, they also were able to analyze each other’s character while visiting their parents’ house.

Se Hee’s dad (Kim Eung Soo) asked her, “Why are you in a hurry to marry him?” When the atmosphere became serious, she said, “I … I love him …” Ji Ho, accompanied by a sincere heart, immediately ended the situation with this word. In her judgment, which dispersed the hearts of the parents and made Se Hee surprised, the career of drama writer’s assistants has been maximized for five years.

Thus, Yoon Ji Ho played by Jung So Min responded that she has attracted 200% character charm by naturally digesting opposite actions and loving looks. In addition to the previous broadcast, this drama also became festive and calm with the crying scene that makes the audience hearts moved.

Everything became very clear when she found her mother’s letter and album, which was inserted into Se Hee’s bag. Jung So Min realized her mother’s desire to please her daughter and complete her daughter’s posture with gentle personality.

On the other hand, ‘Because This is My First Life’ airs every Monday and Tuesday at 21:30.