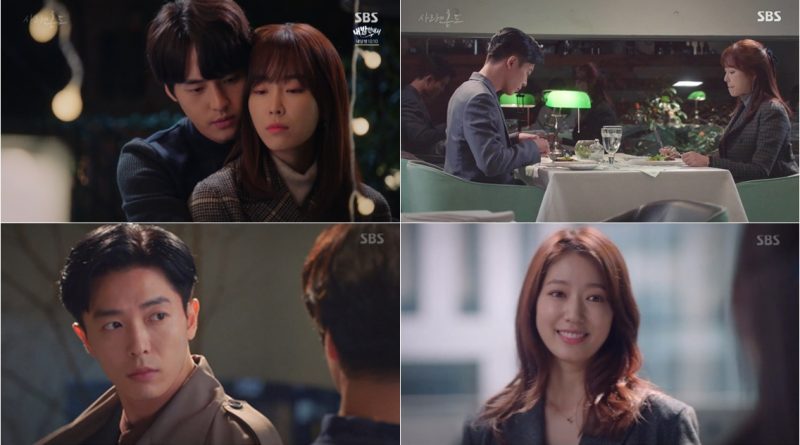 Although Park Jung Woo has found out that On Jung Sun and Lee Hyun Soo are dating, he still wanted to propose to her. Before Park Jung Woo expressed his heart, Lee Hyun Soo had already said that she recently dates On Jung Sun, the man she loves. On Jung Sun asked Park Jung Woo, “How can you think of proposing to her?” feeling a bit angry. Jung Woo replied, “I’m always with Hyun Soo when you’re not there” stating that he was always there both when Hyun Soo was happy and sad.

Hyun Soo appreciated Jung Woo’s feeling, but assured her boyfriend that he should not worry about that. Hyun Soo and Jung Woo met again for work. Jung Sun did not want Hyun Soo to move to another’s heart and expressed his displeasure.

He said, “It’s hard to get her heart, do not you have to stop acting like this?” and Jung Woo replied, “Because you have her heart, you do not need to fight over her, but I do not. Will she change her heart?” Jung Sun said, “She will not change. When we part, we always miss each other.” Jung Woo declared a war by saying “Her heart must be pounding when I’m beside her.”

Hyun Soo’s parents and Jung Sun’s mom met in a restaurant. At the first meeting they seemed like they disliked each other. Viewers wonder if their parents’ relationship could bring changes to Jung Sun and Hyun Soo.

On that day’s broadcast, Park Shin Hye made an appearance as a cameo and acted as a top artist named Yoo Hye Jung. Yoo Hye Jung is an artist who likes Hyun Soo’s  script and wanted to meet her. Then the two met for the first time. Hyun Soo told Yoo Hye Jung, “You’re so beautiful. I was very surprised.” At that time Hye Jung also revealed she wanted to play in her drama but could not do it because of a clashing schedule. Hyun Soo was happy to hear Yoo Hye Jung saying that she must be the first one to read Hyun Soo’s script in the future.