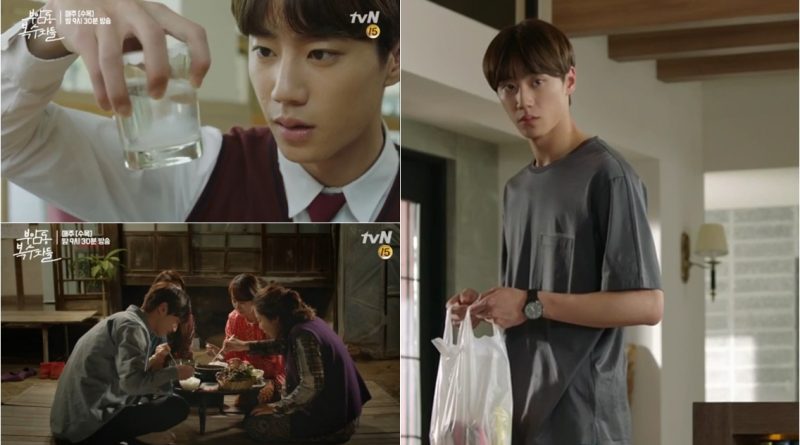 In tvN’s drama ‘Avengers Social Club’ which has threatened terrestrial tv dramas with a rating of more than 5%, Lee Joon Young plays Lee Soo Kyum, a member of  ‘Avenger club’. Lee Soo Kyum played by Lee Joon Young is a high school grader who grew up in a harsh environment but is loved by his grandparents. He tried to adapt in an environment that did not match his age. His grandfather and grandmother died, and he was abandoned by his biological parents.

The parents who left him is now coming back, his mother appeared to want to partake of the inheritance, utilizing his brother-in-law. Finally, Soo Kyum joined the ‘Bok-ja Club’ to avenge his parents.

In fact, he was not overshadowed by other top actors like Lee Yo Won, Ra Mi Ran, and Myung Se Bin, who have been acting for more than 10 years.His presence brings a powerful and intriguing influence.

When he plays the unique and genius character of Lee Soo Kyu, the new mother figure of Kim Jung Hye (Lee Yo Won) who has everything, looked at him with pity. Moreover, when he remembered his father who wants to make use of him and saw Kim Hye Jung’s treatment, Soo Kyum’s expression increasingly showed him living in a cold world.

Lee Joon Young like a new actor who fell from the sky, is a member of the idol group U-KISS who debuted in 2008. As an idol actor, his acting career increasingly gets high expectations and interests from people.

Meanwhile, ‘Avengers Social Club’ is a drama that tells about the revenge of the daughter of a conglomerate, a fisherman from traditional market, and the wife of a professor. The drama starring Lee Yo Won, Ra Mi Ran, Myung Se Bin, and Lee Joon Young airs every Wednesday and Thursday.

March 16, 2018 Ria Comments Off on 4 Actresses Whose Fashion Style Always Becomes Inspiration For Others
Rank&Talk STAR