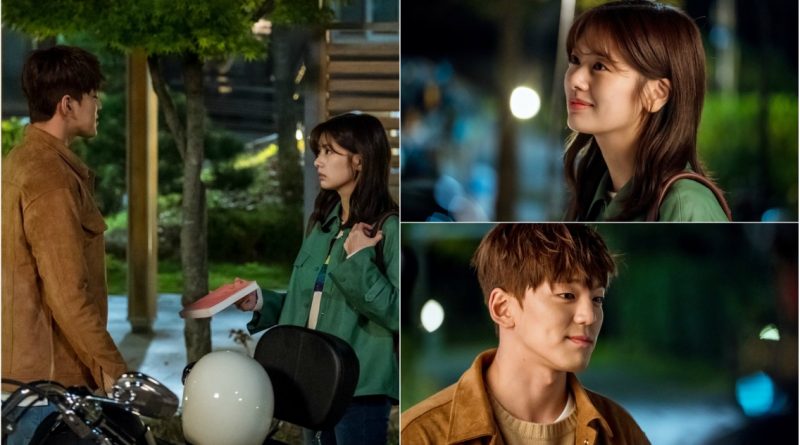 ‘Because This is My First Life’, the life of Jung So Min who has never dated before has changed after the arrival of Kim Min Gyu.

tvN’s Monday-Tuesday drama ‘Because This is My First Life’ on the 30th released the photos of Yoon Ji Ho (Jung So Min) and Yeon Bok Nam (Kim Min Gyu) who took her home.

Previously, Ji Ho went to get a part-time job and made a new connection with Bok Nam, who happened to meet up in the alley. Then Bok Nam, who got Ji Ho’s contact on the spot, called her and asked her directly if Ji Ho has a boyfriend, and expressed his feelings.

In this picture, people hope Ji Ho and Bok Nam will get closer to each other. The story also focuses on how the two become so familiar that they attract a lot of attention.

On the little trailer for episode 7 of ‘Because This is My First Life’, as it has happened since the first meeting, they show a steady and aggressive attitude that will be in Ji Ho’s daily life. In particular, he expressed his feelings for Ji Ho without being told back. So Ji Ho wondered how she will react to a new character like Bong Nam, whom she has never met before.

What’s more interesting is the fact that Bok Nam did not know that Ji Ho is still married. It is also a fact that Ji Ho frankly could not say that she has been married because of the needs of each other.

Despite the appeal of Bok Nam’s warm appearance, nice body, and charming youthful aura, there is an increasing expectation of how Ji Ho, who got tied up in a two-year marriage contract will continue this relationship.

On the other hand, ‘Because This is My First Life’ airs every Monday and Tuesday at 21:30.