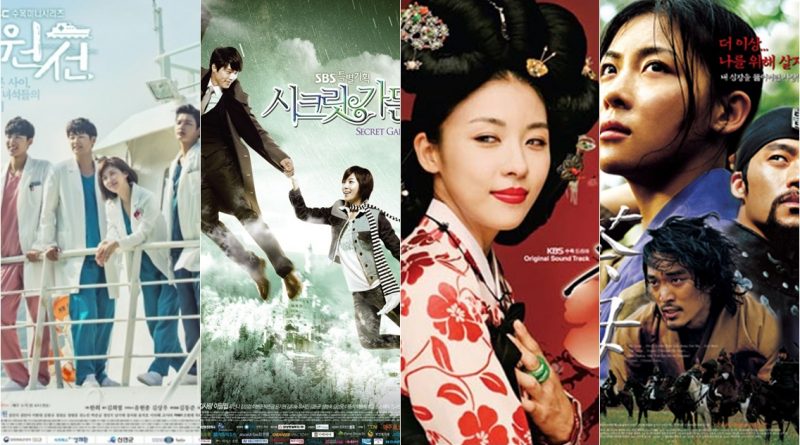 Ha Ji Won was born on June 28, 1979 and her real name is Jeon Hae Rim. Ha Ji Won’s career began when a talent agency offered her a contract. One of the requirements is a degree in the field of theater. Ha Ji Won’s career began in 1997 when she appeared in one of KBS’s dramas. But Ha Ji Won just got attention in 1999. In 2000 she acted in a movie called ‘Truth Game’ which earned her awards as the best new actress. 2 years later, she starred in ‘Sex is Zero’ which was sold really well. In 2004, Ha Ji Won played in the drama ‘What Happened in Bali’ and has become one of the most popular South Korean actresses.

Ha Ji Won made a comeback after 2 years with MBC’s drama ‘Hospital Ship’ which just ended a few weeks ago. Ha Ji Won acts as a surgeon named Song Eun Jae. As a life-supporter, she has a mature attitude from childhood. She is among the fastest doctors. A boring figure without humanity, Ha Ji Won plays the character of ‘Cold Beauty’ who has no emotion towards her colleagues. ‘Hospital Ship’ tells the story of doctors working on a hospital ship, having a different story and growing up to become a real doctor. These hospital ships are located in remote areas whose medical manufacturing is lacking. Well, on the hospital ship, the doctors and nurses began to know each other until finally have a family-like bond. Through the surrounding population, doctors also learned many things. This is the first time Ha Ji Won played a doctor since she debuted. She is also paired with actor Kang Min Hyuk.

Kim Joo Won (Hyun Bin), an arrogant conglomerate has to exchange roles with Gil Ra Im (Ha Ji Won), a poor woman who works as a stunt woman. It is certainly not easy for a man who was born from a wealthy family. Initially, these two people are still difficult to adapt to the new life. But over time, this role exchange seems to have made the relationship of Joo Won and Gil Ra Im growing into love. Expecting her son to marry a woman who is considered equal, the relationship of both also get opposition from the mother. Joo Won and Gil Ra Im have to prove that they love each other. What is unique is that these two main characters will swap souls every time it rains. For the actor, it is certainly not easy, especially character played by the opposite sex. However, Hyun Bin and Ha Ji Won managed to show their acting talent. This drama was phenomenal in 2010.

The story of Hwang Jin Yi, Gisaeng famous in the 16th century during the Joseon Dynasty. The story is about the life of a woman from the Joseon Dynasty, who is a dancer, musician and poet, Hwang Jin Yi, who seeks perfection in her artistic skills without giving up and facing the difficulties experienced by women on the basis of their low social status. Hwang Jin Yi is an illegitimate daughter of a nobleman named Heon Keum, a famous gisaeng musician. The story focuses on 4 men in Hwang Jin Yi’s life and her passion for the art of dancing. Her first love is the son of a nobleman, Kim Eun Ho which ended in tragedy. Her love affair with Kim Jung Han did not end happily. Byuk Kye Soo is the brother of the King who is obsessed with power and tries all the tricks to get it but it does not work. Eventually his loyal personal bodyguard, Yi Saeng, who never once left him, is always present when he needs help. Meanwhile, there is Bu Yong, who becomes a rival of Hwang Jin Yi not only in terms of dancing, but also in romance.

The drama is pretty short just 14 episodes but the story is quite complex. Damo series is not only focused on the problem of love but also balanced with political intrigue, conspiracy, loyalty and betrayal that the portion of complementarity. which is enough to make the audience stuck in the story from beginning to end. There are heroes and criminals, people who stand on different sides of the law, each with a different view of how the world should be better. Jang Jae Hui (Ha Ji Won) separated from her family while escaping from the pursuit of the royal army, she eventually became a servant at Hwangbo Yoon’s house. Despite her low status, Jae Hui who changed her name to Chae-Ok is able to grow into a smart, insightful woman with excellent martial arts skills. When her young master became police chief, Chae Ok was appointed as Damo or a female police officer, she devoted herself completely as Damo to support her young master’s struggle.