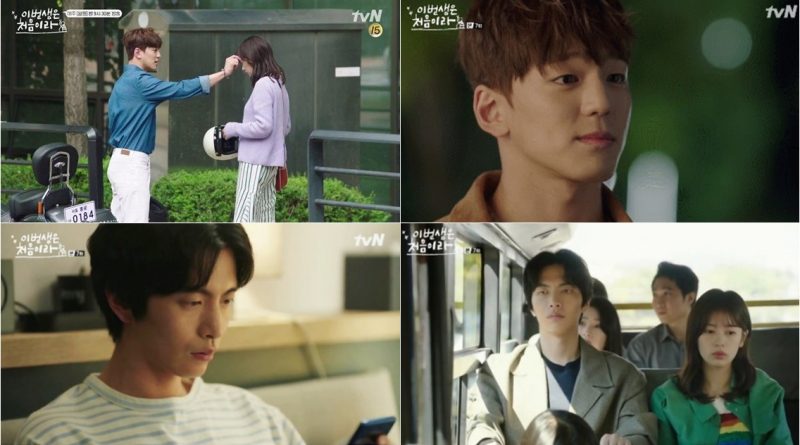 DRAMA
November 2, 2017 Ria Because This Is My First Live, K-DRAMA

On the 30th, in Monday-Tuesday drama ‘Because This Is My First Life’ episode 7, Nam See Hee (Lee Min Ki) has a rational mind and his feelings began changing without realizing it. Yoon Ji Ho (Jung So Min) who got hurt because of Se Hee’s words looked close to Yeon Bok Nam (Kim Min Kyu) who is cheerful and indifferent. Nam Se Hee felt new emotions and felt jealous towards Bok Nam.

Ji Ho works part-time at a cafe thanks to the help of Bok Nam. It makes Se Hee who can be called her husband and homeowner felt weird. After witnessing the closeness of the two on the road, his feelings increasingly were bothered. Se Hee’s unique face that has no expression looks like he has a different feeling than before.

The same thing happened when he visited the cafe where the two work. It is clear that Se Hee and Bok Nam’s minds are very different, both of which compete with each other but are both invisible to Ji Ho.

Se Hee who does not usually emulate and argue unnecessary things with others has changed at a glance which becomes unexpected. He denied his jealousy, while for an hour he read the same thing on his handphone and found it difficult to concentrate. After that, Se Hee told Bok Nam that he took Ji Ho home, “Next time you do not have to drive her” he already showed that he is jealous.

At the end of the episode, unexpected events unfolded. In the dating app ‘Dating Not Marriage’ where Se Hee works, he found out Bok Nam is a member who has been reported by other users for stalking. Ji Ho was impressed with the book Bok Nam gave as a gift. Se Hee started feeling nervous when he saw it. What kind of attitude will Se Hee show in the future and what about their relationship make viewers curious and wait for the next episode.