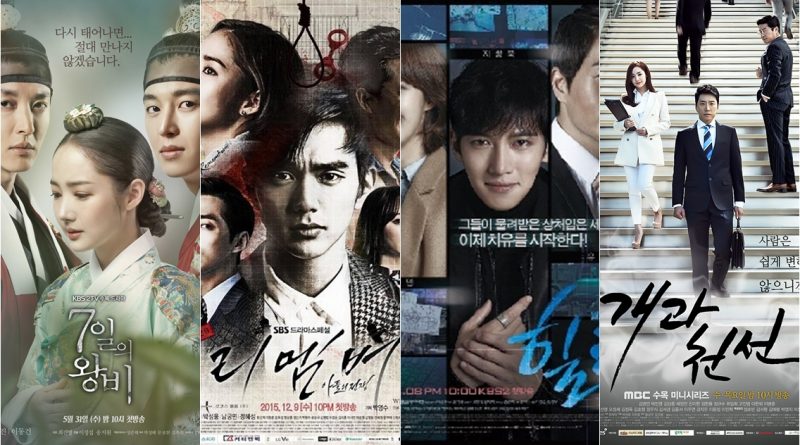 Park Min Young is a South Korean model and actress born on March 4th, 1986. She is a graduate of Dongguk University. She debuted in the entertainment industry with SK Telecom in 2005. First appeared in ‘Unstoppable High Kick!’ In 2005 and her popularity began to rise through the role of the famous gangster in ‘I Am Sam’ in 2007. Park Min Young’s breakthrough began when she starred in drama ‘Sunkyunkwan Scandal’ in 2010 with Park Yoochun, Yoo Ah In, and Song Joong Ki. In the drama, she acts as a smart woman with a lot of sense but disguised as a man to follow activities at Sungyunkwan university. A year later, Park Min Young plays in ‘City Hunter’ with Lee Min Ho.

‘Seven Days Queen’ released on May 31, 2017. This drama has a genre of tragedy, history, and romance. Telling about the tragic love story of King Jungjong (Yeon Woo Jin) and his wife Queen Dan Kyung (Park Min Young). As the title suggests, this drama is drawn from the true story of a queen who has the shortest tenure, which is only 7 days, in the history of the Joseon empire. Shin Chae Kyung (Park Min Young) and Lee Yeok (Yeon Woo Jin) are already in love, but the story is hindered because of his jealousy Lee Yong (Lee Dong Gun) who was also the king of Joseon at that time. In addition to love and romance, this drama also presents other more complicated conflicts, such as ambition and family love. The characters are very strong and the interesting plot makes the ‘Seven Days Queen’ worth watching. Moreover, this drama is lifted from a true story filled with unexpected events.

Remember: War of the Son is a thriller genre drama that first aired on December 9th, 2015. This drama tells about Seo Jin Woo (Yoo Seung Ho) who suffers from hyperthymesia, a condition that allows him to remember in detail the details of an event perfectly. He cannot forget any small thing in his life. To prove his father, Seo Jae Hyuk (Jun Kwang Ryul) innocent, Jin Woo becomes a lawyer. He attempts to clear his father’s name but while doing the process, Jin Woo loses his recalling ability and is exposed to Alzheimer’s.

The drama ‘Healer’ is one of the dramas featuring the action scenes performed by Ji Chang Wook. The drama which consisted of 20 episodes and aired on KBS successfully stole the audience’s attention. Not only Ji Chang Wook, this drama also stars Park Min Young, Yoo Ji Tae, and others. Although this drama features many action scenes, the romantic scenes between Ji Chang Wook and Park Min Young certainly add to the drama’s excitement. The drama tells the story of a man named Kim Min Ho (Yoo Ji Tae) who is a reporter at a broadcasting company and he finds a long-ago case and searches for the truth. In dealing with the case, Kim Min Ho is assisted by Seo Jung Ho (Ji Chang Wook) and Chae Young Shin (Park Min Young).

First released on April 23rd, 2014, A New Leaf is a melodrama that has 16 episodes. It talks about a cool and successful lawyer involved in a tragic accident and suffering from amnesia. The lawyer then tries to discover who he is. Kim Seok Joo played by Kim Myung Min is a lawyer who uses dirty ways to win the case, but because of an accident, he lost his memory. Lee Ji Yoon (Park Min Young) is an employee who works at the law firm where Kim Seok works. Meanwhile, Yoo Jeong Sun (Chae Jung Ahn) is a fiancé of Kim Myung Min. She is the only granddaughter of a wealthy family.