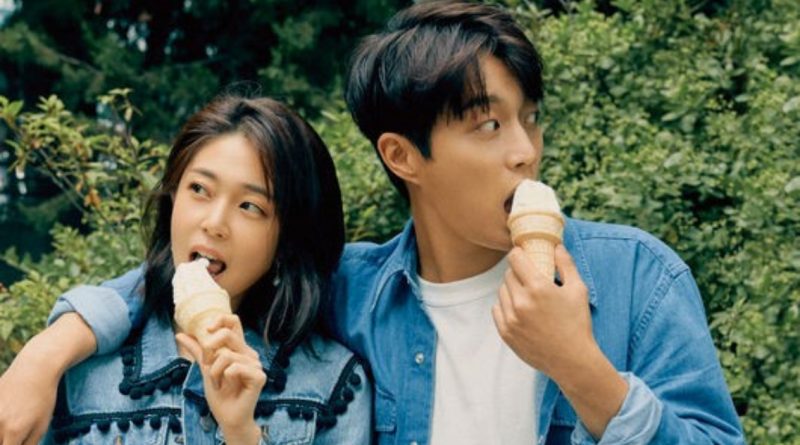 A pictorial from the cast of tvN’s newest drama ‘Let’s Eat 3’ which will be played by Yoon Doo Joon and Baek Jin Hee has been released.

In the pictorial and interview that has been done by the Cosmopolitan magazine for its July issue, Yoon Doo Joon and Baek Jin Hee showed a perfect chemistry for their newest drama ‘Let’s Eat 3’. Yoon Doo Joon then said, “The script was very fun and I also enjoying my time working with another actors”.

When asked about the process of the filming, Baek Jin Hee said “I think I have one thing I’m a little bit dissatisfied at and that is because I literally eat a lot.” Yoon Doo Joon then later added, “We have to eat something and make them look good for the viewers. Eventhough I’ve done this several times, I’m still having a hard time pretending to be hungry and eat that food when in fact I’m already full”.

Yoon Doo Joon and Baek Jin Hee also said that “the first time we met, we thought it would be awkward for both of us but it turned out that everything and even the atmosphere feels very friendly.” Regarding this, Baek Jin Hee also added, “I guess we naturally became really close through the process of this filming. Everyone is having fun not only because of Doo Joon but most actors were the same age so they communicate really well”.

December 1, 2017 Ria Comments Off on [RANK AND TALK] 3 Webtoon Expected to Be Adapted into Drama
MUSIC Rank&Talk