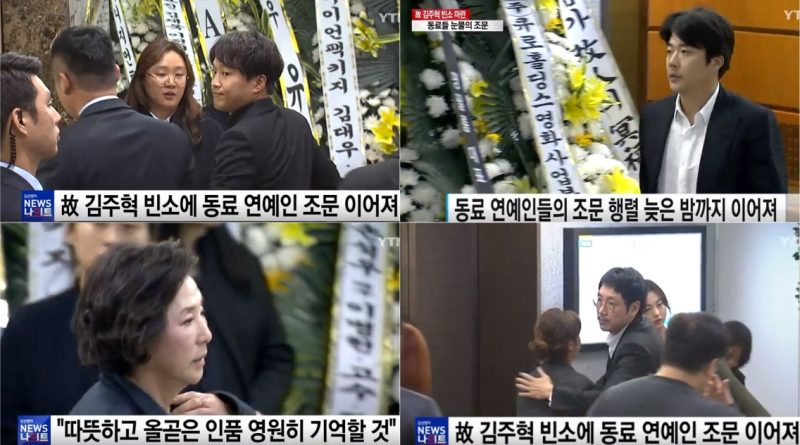 Acts of condolences for actor Kim Joo Hyuk who died in an accident from fellow actors continue to arrive.

Cha Tae Hyun was seen attending his junior wedding ceremony from the same agency, Song Joong Ki with swollen eyes as his friend in ‘2Day 1Night’ program Kim Joo Hyuk died. The fans feel sad because he showed his sorrow for losing his co-workers.

On the other hand, many colleagues from the entertainment industry visited the mortuary of Kim Joo Hyuk.

April 21, 2017 Tri Comments Off on Hallyu Stars Show Their Support in the Premiere of ‘One Day’
DRAMA VIDEO