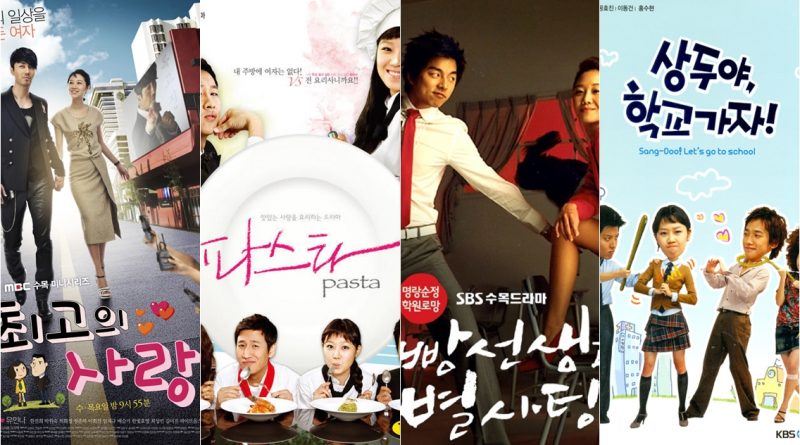 Gong Hyo Jin is a beautiful South Korean senior actress who was born on April 4th, 1980. She is well known by many Korean drama fans. Anyway all the related things Gong Hyo Jin always get a lot of public attention nowadays. Her appearance is recognized through her role in the horror movie ‘Memento Moriyang’. In this film, Gong Hyo Jin’s acting skills got special attention in the hearts of her fans despite the movie failed to be the top Box Office in Korea. Furthermore this beautiful artist was again trusted to play a role in the drama sitcom television series entitled ‘My Funky Family’. That is a glimpse of filmography of actress Gong Hyo Jin in the early days of her career which was around 2004 to 2005. Previously she had earned an award for her acting performance in the drama series 50 episodes entitled Wonderful days in 2001. Then the public again recognize Gong Hyo Jin after getting a role in the film ‘Birth of Family’ as the main role. These days, she is nicknamed as the queen of romantic comedy drama.

This romantic comedy drama sometimes tells sad stories but other times it looks sweet with a love story among the popular actors. It tells about the popular girl group ‘National Treasure Girls’ who debuted 10 years ago, but after 18 months they suddenly announced the group has been disbanded for an unknown reason. Since then, Goo Ae Jung, the main vocalist (Gong Hyo Jin) has been through difficult times. She released a album but failed. Many negative rumors about her spread. But she never explained anything to the public. This creates a negative assumption on the image. Her father and sister lost money from the success of Goo Ae Jung in the past because of a series of failed businesses. Meanwhile, Dok Ko Jin (Cha Seung Won) is considered the perfect man by the public. He is a sexy action movie actor who looks humble in the public eye. However, he actually has an arrogant attitude, is narcissistic, and underestimates people arround him. Dok Go Jin thinks Goo Ae Jung is a fan. The first meeting of both is not good. As people who both work in the entertainment world but have a different fate, there is a sense of competition between them.

Seo Yoo Kyung (Gong Hyo Jin) started her career as a chef assistant for 3 years at La Sfera. When she was finally appointed as an assistant pastry chef, chef Totti was fired and replaced by a new chef. Chef Choi Hyun Wook (Lee Sun Kyun) studied in Italy and became one of the talented chefs in Korea. He was present to reform the kitchen and fire all the female chefs in one day. Initially, it felt like a coincidence, but apparently he had planned to get rid of the female workers from the kitchen. He also wants to dismiss Yoo Kyung from her kitchen. The relationship between Seo Yoo Kyung and Choi Hyun Wook continues to grow.

Na Bori (Gong Hyo Jin) is a 25-year-old woman who is anxious to become a teacher at a high school that has put her out. Which has hurt one of her teachers. After finishing her school, she rejected the work offered by other high schools. She later became a high school teacher of her alma mater and became a co-worker of a teacher she liked very much during high school, art teacher Ji Hyun Woo (Kim Da Hyun). After all, the only thing she can teach there is by signing a contract to keep Park Tae In (Gong Yoo), the trouble maker at the school. Tae In, a lonely young man, tries to keep making trouble with Bori who has a fun personality and attracts most of her students. Tae-in is always making a move for Bori to surrender and stop following him and make him to be a good boy. However, she persistently takes care of him. He began to forget the wounds left by his father. He starts to give space for his life and no longer continue to live with his past.

Na Bori then has a relationship with Hyun Woo, an art teacher whom she has always loved since she was in high school. But their relationship gets an obstacle from Hyun Woo’s older sister. Yang disagrees with Bori who has a bad background and is also considered unsuitable to be Hyun Woo’s companion. In addition, Tae-in was trying to separate them and get love from Bori. Hyun Woo and Bori’s relationship is getting increasingly difficult with the arrival Hyun Woo’s former lover coming back and trying to get back Hyun Woo. On the other hand, there is Noh Jemma (Choi Yeo Jin) who tries to separate Tae-in with Bori and unite Hyun Woo with Bori.

Cha Sang-doo (Bi) and Chae Eun-hwan (Gong Hyo Jin) grow together as best friends. One day, Eun-hwan’s family went bankrupt and the debtor rushed to collect their belongings. When her father’s old record player was taken, Sang-doo went after the man and accidentally killed him. After being released from prison, he discovered that his family and Eun-hwan have left him. Years later, he became a gigolo (with his uncle) to pay off the hospital bills of his sick daughter. He finally meets his first long lost love, Eun-hwan as a high school math teacher. In an effort to regain her love, he returns as a high school student in her class. And things are going well, but there are circumstances that prevent them from being together.