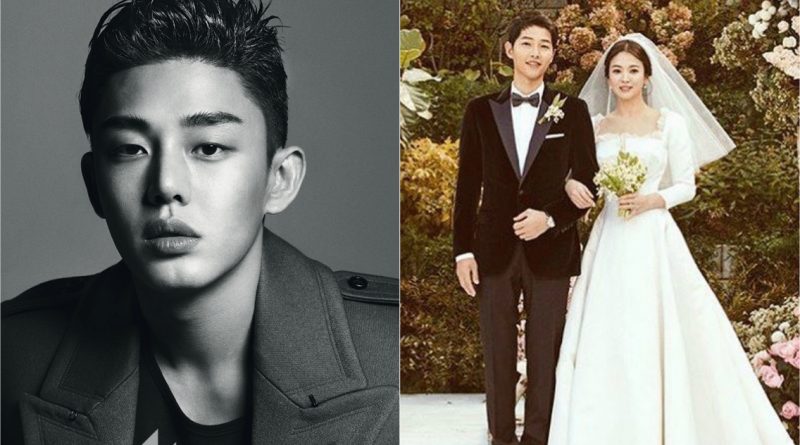 Both have a job as an actor. But I’m sure their love is not a mere acting. I pray that both can rest and live comfortably in this world. That is the sincerity that Yoo Ah In conveyed to his brother and sister who got married.

Actor Yoo In Ah expressed a heartfelt greeting from the bottom of his heart for Song Joong Ki and Song Hye Kyo. At the wedding ceremony held on October 31st, Yoo Ah In recited his congratulation letter to the bride and groom.

First of all, Yoo Ah In said, “Joong Ki Hyung, Hye Kyo noona, you guys should be tired, right?” he said to slightly break the atmosphere.

“Your love must be a secret to the world to continue your love for each other. After a difficult and complicated wedding process, you will face the world more strongly. ”

Yoo Ah In continued, “The world makes things difficult, but the world brings you guys to marriage. Now you hold hands, feel each other’s presence, accept each other ….”,  he hoped.

I want to live with love,

“Today is the last time to feel sad and lonely, now you two look very harmonious. I hope you guys love each other and live life as you wish. Together, everything will be fine.

“Even though you have been living and eating with acting, now you can live together without acting. I want to see you both live a relax and comfortable life”, Yoo Ah In said his prayer for the couple.

March 15, 2017 Tirta Comments Off on ‘Man to Man’ Has Finished Shooting
DRAMA VIDEO