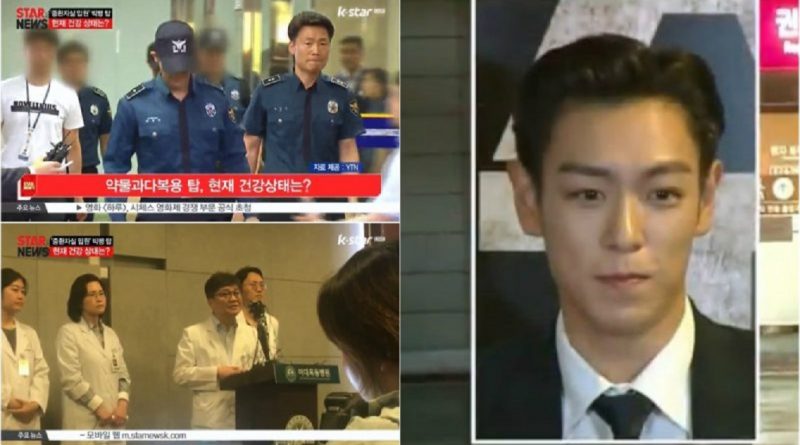 Korean as well international fans are still questioning the real condition of TOP, who was rushed to the hospital after losing consciousness due to consuming too many antidepressants. In contrast to report from the police, TOP’s mother stated that TOP’s condition is still critical.

As the current situation has created a big concern among fans, a team of doctors from TOP’s hospital decided to hold a press conference to convey TOP conditions “After our team examined the patient and discussed it, we can convey that the patient’s state is still near unconsciousness. He does not respond to general stimulation and only reacts to very strong stimulation,” said a representative of the doctors’ team. “When referred to the hospital, his appeared with a high blood pressure and unstable heartbeat. The carbon dioxide levels in his body were very high, which might lead to respiratory failure.” The doctor team also revealed that they could not give exact confirmation on when TOP’s situation will improve. “We will continue to monitor the situation until he regain consciousness,”

According to the team of doctors, what TOP needs the most at the moment is a psychiatrist. Until this moment, TOP is still being treated in ICU. We hope TOP can quickly recover!