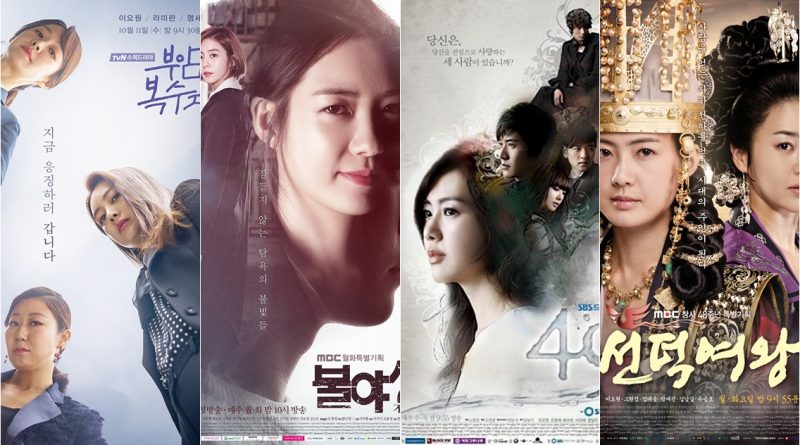 Lee Yo-won is a Korean actress who has long been in the Korean film industry. The star fromQueen Seondeok and 49 Days drama was born in Seongnam on April 9th, 1980. She has started her career in the entertainment world since high school, precisely when she won the modeling contest and appeared the first time as a model in fashion magazine Figaro in 1997. In 1998 Lee Yo Won debuted acting through the movie ‘Scent of Man’. When debuting, Lee Yo Won ever cried because the staff only praised other actors. Then some of the staff saw her tears and said that she was good at acting crying. That was the first compliment and the staff’s positive words about her acting. Because she is more confident, she gets more attention from the staff and Lee Yo Won realizes that she wants to pursue an acting career.

The drama that is airing on tvN tells the story of Kim Jung Hye (Lee Yo Won), Hong Do Hee (Ra Mi Ran), Lee Mi Sook (Myung Se Bin) and Lee Soo Kyum (Jun) who have their respective reasons for doing revenge. Kim Jung Hye is the daughter of a wealthy family. Her character is honest and arrogant even though she originally is a cute naive woman. Her marriage aims to provide another benefit for the two families. She tried her best to be a wife but apparently she knew her husband had betrayed her. To take revenge, Jung Hye forms ‘Bokja Club’. Hong Do Hee, a traditional fish market seller, Lee Mi Sook’s wife from a lecturer, and Lee Soo Kyum joining the ‘Bok Ja Club’ to take revenge

Seo Si Kyung (Lee Yo Won) an ambitious woman who wants to build her own empire. From the outside, she looks eager and calm. She does not believe that greed is a great sin. Park Gun Woo (Jin Goo) a handsome man who comes from a respectable family who runs a big company. Seo Yi Kyung is Park Gun Woo’s first love. While in their midst, there is Lee Se Jin (Uee) who comes from a poor family. She is very anxious to get out of her current situation.

This one drama is quite popular in its time. It tells about Ji Hyun (Nam Hyu Ri) whose life is perfect as the story in the book. Her friends and parents are very kind to her. She also has a lover named Min Ho (Bae Soo Bin) who will soon marry her. While Lee Kyung (Lee Yo Won) is a woman whose life is so different from Ji Hyun. She lives alone in depression. Working in a shop with night shift and falling asleep during the day. Ji Hyun crashes and goes into a coma. But Ji Hyun’s soul roars around and sees that her life is not perfect. Then an angel (Jung Il Woo) gives Ji Hyun a chance for 49 days to find 3 pure tears for herself in order to live again. For that, she borrowed Lee Kyung’s body.

Deokman (Queen Seondeok’s little name) was born as a twin but separated as a child. She then returns to Silla’s palace and unites with her twin sister Princess Chonmyong to fight Mi-shil (Ko Hyun Jung), who wants to seize power. Mi Shil has a wicked plan to alienate the two Silla princesses of the kingdom, in a secret battle, Princess Chonmyong is killed by Mi Shil. But Deokman’s daughter cleverly asks Jendram Kim Yu Sin for help and gets rid of Mi Shil. She became the first woman to rule the Silla kingdom.