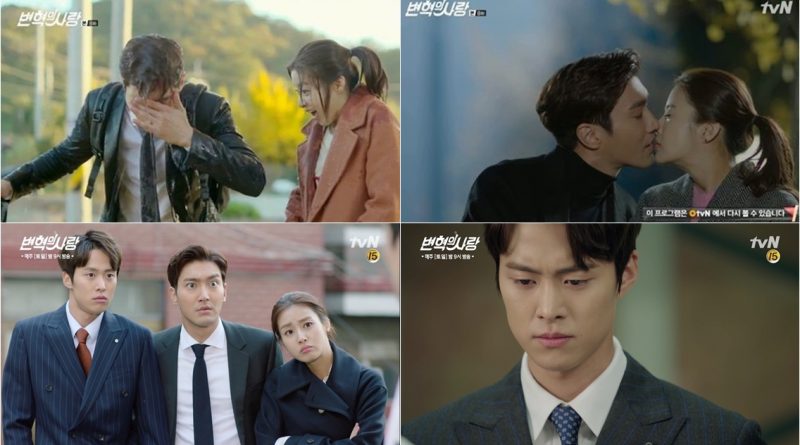 On that day’s episode, Byun Hyuk and Baek Joon went together to get a stamp from a factory and found an employee trying to commit suicide and rescued him. Byun Hyuk came out with a contract in his hand and was splashed with water.

Baek Joon remembered her father at the factory. She went to the plant manager and suggested, “All but death. I know it’s great to be a contractor for Kang Soo Food for over 20 years. I did not do this when I became manager. I think I can handle it. I do not know why this good guy went first” Baek Joon was hurt by the factory manager’s remark.

Baek Hyun listened to the matter and told Baek Joon, “Is he the leader?” he asked. “I hope you are a little different from the others. You have the power to change. As with the cleaning service. To be honest I’m pissed but can I change something you strive for for 10 years. Because of you. Because of everything is possible”, Baek Joon said.

“If I change, what will it be? If I change, will I become a man in your eyes?” asked By Hyuk. “A good friend, a good co-worker. Is that just not enough for us? I like you too. As a friend”, said Baek Joon.

Even so, Byun Hyuk decided to change for Baek Joon’s sake.

After seeing Byun Woo Sung, Kwon Je Hoon knew that Byun Hyuk ate meat and went straight to the factory. Byun Hyuk asked Kwon Je Hoon who was angry, “Why should not I eat bulgogi. Am I not allowed to give half of my salary to Kang Soo Food?” Then Kwon Je Hoon said, “I’m the first person to be responsible for you doings”.

Kwon Je Hoon who met with Baek Joon at the factory said, “Do not encourage Hyuk. Are you like this because of your father?” he asked. “Why do you have to interfere with my business?” Baek Joon said irritably. “Because you’re like this, I get confused. Do I start liking Hyuk or not?” continued Baek Joon. Actually, Kwon Je Hoon has long had a crush on Baek Joon.

“I do not know what to do with my dad either. Actually I feel scared” Baek told Joon. She also said to Byun Hyuk “Relax and slowly say what you want. You are Byun Hyuk.” Byun Hyuk also kissed Baek Joon. “Try to be sure whether I am a man for you.”