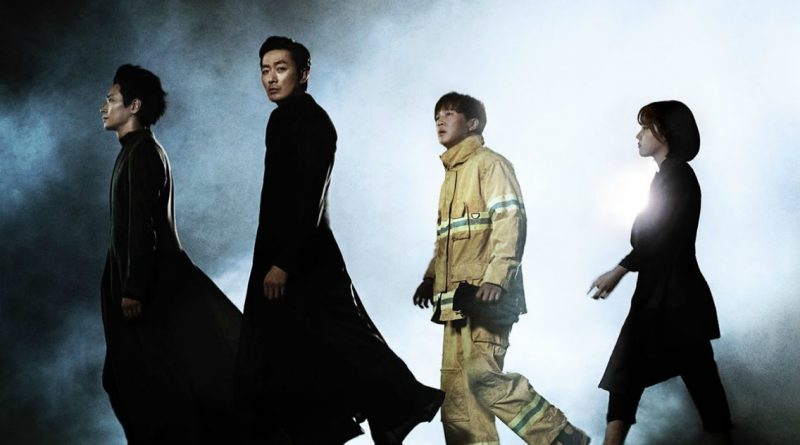 Kim Yong Hwa’s new work ‘With God’, lifted from the webtoon with the same title by Joo Ho Min, is sold in 103 countries and proves great interest from global fans. ‘With God’ is a film depicting the story of a dead man guilty of crime and given a probationary period of 49 days. ‘With God’ was sold in 13 countries during the BIFF market last year, in addition to being sold in 90 countries such as North America, Latin America, Oceania and Europe. In total the movie was released in 103 countries.

In the Asian Market Movie, ‘With God’ which plays 27 minutes equipped with post-production and content of 12 minutes has become a spotlight and managed to captivate foreign investors. Foreign buyers do not hesitate to praise the impressive fresh movie that reflects Korea’s view of the world, the acting of actors and its visual have never been seen before.

Foreign investor revealed, “This is a stunning work with amazing stories and great special effects. I feel happy to be able to distribute both the first and second edition.” (Thai distributor, Sahamongkoi International),” I love the combination of action, fantasy, drama genre, and film. Particularly it has impressive special effects, seemingly very unique.” (Central American and South American distributor, Sun Distribution),” I have no doubt that this is a very special movie and I want to see it as soon as possible”, (North American distributor Well Go USA). These comments and compliments generate great expectations.

The movie will be released simultaneously in North America and Asia with the release in Korea in December ~ January. The audience is increasingly interested in the press release ‘With God’ which has captivated foreign investors even before its release. ‘With God’ becomes the global center of attention that continues to support the film industry. The film will be released on December 20th.

July 23, 2017 Tirta Comments Off on Super Junior Donghae is Released from the Army only Two Days After Eunhyuk
MUSIC VIDEO 미분류