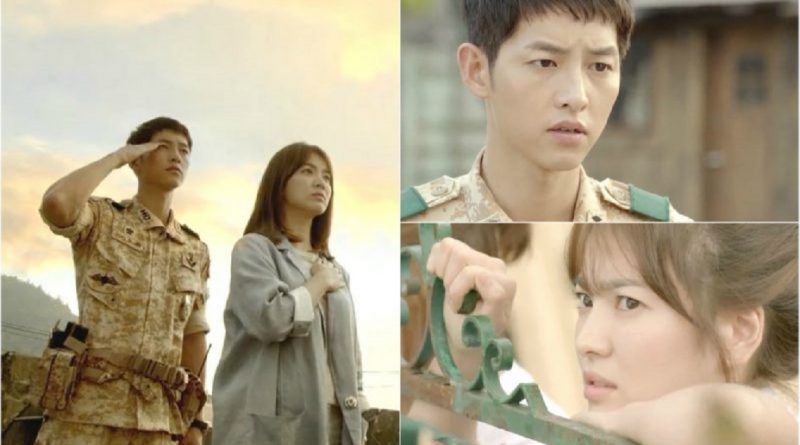 In the first part of the third episode of ‘Descendants of the Sun’, Yoo Shi Jin (Song Joong Ki) became the leader of the Korean army who picked up the doctors including Kang Mo Yeon (Song Hye Kyo).

The wind blew strongly and made her scarf flew away. Yoo Shi Jin picked it up for her, but she seemed surprised.

The next day, Yoo Shi Jin was back to tease Kang Mo Yeon. Kang Mo Yeon who was looking at the army who didn’t wear their clothes got upset when Yoo Shi Jin asked about her schedules.

After that, the medical team opened a service at the medical cube. Mo Yeon explained that she would take the army’s blood and asked Shi Jin to do it first. Mo Yeon found it difficult to find Shi Jin’s veins and he cringed from the pain.

The army laughed at him and then Shi Jin whispered to Mo Yeon, asking whether she was still upset about his joke yesterday. Mo Yeon said she wasn’t a type to hold grudge.

Shi Jin showed his veins and pushed Mo Yeon’s hand to get his blood.

April 5, 2017 Tirta Comments Off on Age is Just a Number for These Celebrity Couples?
MOVIE VIDEO