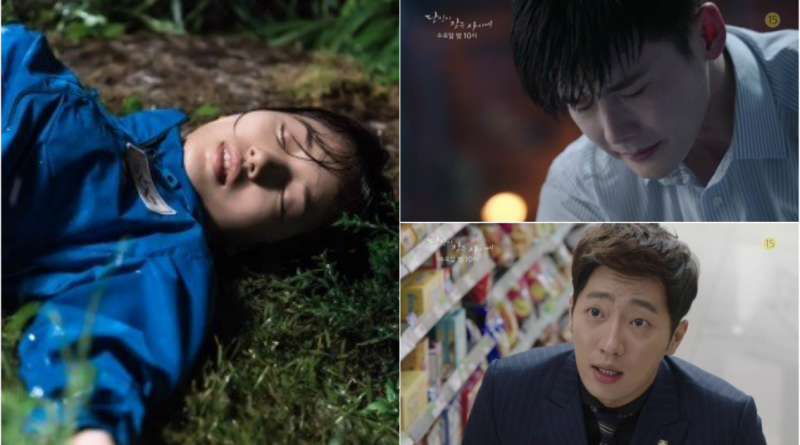 DRAMA
November 15, 2017 Ria K-DRAMA, While You Were Sleeping

Bae Suzy fell into the trap of Lee Sang Yeop and got to the point where she will die. It was in her dream where she dies as a reporter. In the preview video, Lee Jong Suk grabbed Bae Suzy, giving her CPR, trying to save her, and Lee Sang Yeop kneeled to Lee Do Gyum, the scenes in this week’s episode drew the attention of the audience.

In the past, Hong Joo’s future dreams came into reality and shocked viewers. Lee Yoo Bum, a prosecutor in serial killings, was deeply pressured by Ha Joo An’s threat because his security was in danger when he was found guilty. So Yoo Bum and Joo An planned to kill Hong Joo. The office called Hong Joo out of the black hole and surprised her with a coffee added with drug.

And Hong Joo’s dream followed. Yoo Bum grabbed her to the top of the Haikwang Law Firm and laid her on the ground. And then Jae Chan saw Hong Joo is in danger in his dream and sent SOS messages to Han Woo Tak which makes the audience feel a lot of tension.

In addition, Yoo Bum visited Myung Dae Gu, Myung Lee Suk’s son, who has lost his life in the name of a serial killer, and he kneeled in front of him and continued to show his crime to the end.

August 2, 2017 Tirta Comments Off on Stars Who Came to ‘A Taxi Driver’ Press Conference
MOVIE VIDEO