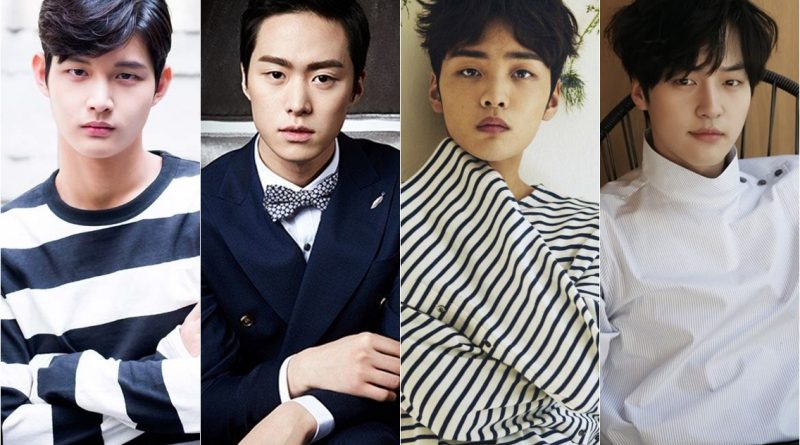 Starting from playing small roles that are not too important, then get a more meaningful role to finally attract the public’s attention. This year, their faces began to be known through a number of dramas. Looking handsome and young, these following actors are ready to explore their talent in acting and widen their wings in the entertainment world. Here is the list of newcomers who stole the show this year.

Lee Seo Won has starred in the drama ‘Uncontrollably Fond’ as Suzy’s brother. Through the work, he managed to get a lead role in web drama that will air this year. He also plays Seo Chang Young in the drama ‘The Liar and His Lover’ and received many awards. C, rrently he is acting as Jae Geol in the drama ‘Hospital Ship’ starring Ha Ji Won and Kang Min Hyuk. In addition, the newcomer actor is under the same agency as Song Joong Ki and Park Bo Gum.

Gong Myung’s name is shining this year. His role as the sky god Bi Ryeom in the drama ‘Bride of Water God 2017’ has attracted attention. Biryeom character is naughty and ignorant which is suitable with Gong Myung. Previously, Gong Myung played in dramas ‘Drinkin Solo’, ‘Entertainer’ and ‘Individualist Ms. Ji Young’.

Drama lovers must be familiar with Kim Min Jae. His name and face began to be known after he plays the king in the drama ‘Goblin’. Although his role is small, apparently he left a deep impression. The actor who looks similar to Yeo Jin Goo and Song Joong Ki is starting to get a big role in the KBS drama ‘The Best Hit’.

This handsome actor is certainly no stranger anymore and will become the idol for women. Yang Se Jong left a deep impression with his role in ‘Romantic Doctor, Teacher Kim’. Then he appeared in ‘Saimdang, Light’s Diary’. Although his acting experience has not been much, he is able to captivate viewers with his appearance in the drama ‘Temperature of Love’ as On Jung Sung.