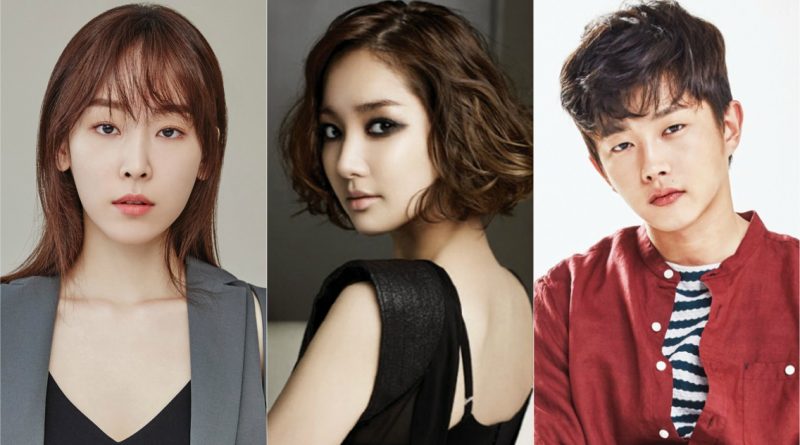 We have known that some stars have recently left their agency. They try to open a new page as an actor with a new agency.

First there is actress Seo Hyun Jin. Seo Hyun Jin’s agency, Jump Entertainment recently said, “It’s true that Seo Hyun Jin is no longer under our company. We only work together until the drama ‘Temperature of Love'”, he explained.

Seo Hyun Jin debuted with gup M.I.L.K in 2001 and turned into an actress. She received a lot of love through tvN drama ‘Another Miss Oh’ and became a hit actress through SBS drama ‘Romantic Doctor, Teacher Kim’. Now Seo Hyun Jin has become a class A actress.

After debuting in 2006 through MBC’s drama ‘High Kick!’, Park Min Young then greets her fans with dramas’ Sungkyunkwan Scandal ‘,’Jin’, ‘City Hunter’, ‘A New Leaf’, ‘Healer’ ‘Remember’, and the most recent is ‘Queen For Seven Days’. Since debuting, she has been crowned as an actress who has great acting skills.

Kim Min Suk is an actor who is being targeted by various entertainment agencies. Kim Min Suk has just terminated his contract with Woollim Entertainment which has been with him since his debut.

Kim Min Suk auditioned for Mnet’s ‘Superstar K3’ which aired in 2011, and he debuted as an actor through the tvN drama ‘Shut Up Flower Boy Band’. Then he appeared in various dramas such as KBS ‘Hi! School- Love On ‘,’ Descendants of the Sun ‘.

November 27, 2017 Ria Comments Off on 3 Unique and Tasty Korean Food You Must Try
Rank&Talk STAR

April 21, 2017 Tri Comments Off on Lee Min Ho Will Start His Military Duty on May 12
STAR VIDEO