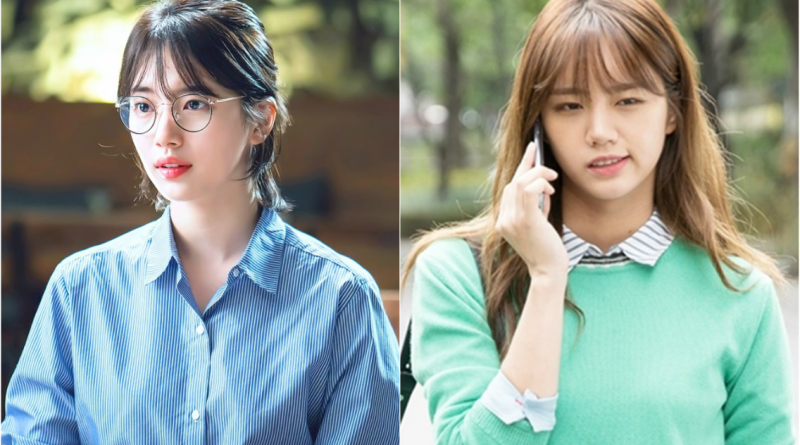 Hyeri has just challenged herself as a journalist after Suzy, who recently appeared in the drama as a media reporter for a television station.

After finishing SBS’s Wednesday-Thursday drama ‘While You Were Sleeping’ on the 16th, Suzy became a journalist met a hot-blooded community from a broadcasting station, followed by MBC’s ‘Two Cops’ Monday-Tuesday drama which will air on the 27th where Hyeri also turns into a journalist.

Suzy, who had long hair for a long time, cut her hair to transform her image into a journalist. She gives a change to her hairstyle, she appears much more charismatic than her pure original image. She managed to turn into a journalist.


Hyeri, who has been captivated by the usual cute image turned into a hot-blooded social journalist this time around. She dreams of transforming herself into a depressed and rude social journalist with a simple style.

Suzy focuses on the character of a journalist who solves the case according to the element of fantasy as the drama genre ‘While You Were Sleeping’ is a fantasy romance where the romance plays a big role.

On the other hand, Hyeri plays the role of a socialist journalist in ‘Two Cops’. She is expected to show many good sides of a ‘journalist” as it is an investigative drama that can bring fun to the viewers.

Recently, as the drama of journalism has intensified and Suzy has managed to play the role of ‘journalist’, it should be noted how Hyeri will come to the screen and will she be able to perform another great performance?

January 22, 2018 Tirta Comments Off on 4 Most Attractive Super Girls from Korean Dramas

April 4, 2017 Tirta Comments Off on The List of Hollywood Stars who Have Visited Korea
MUSIC VIDEO