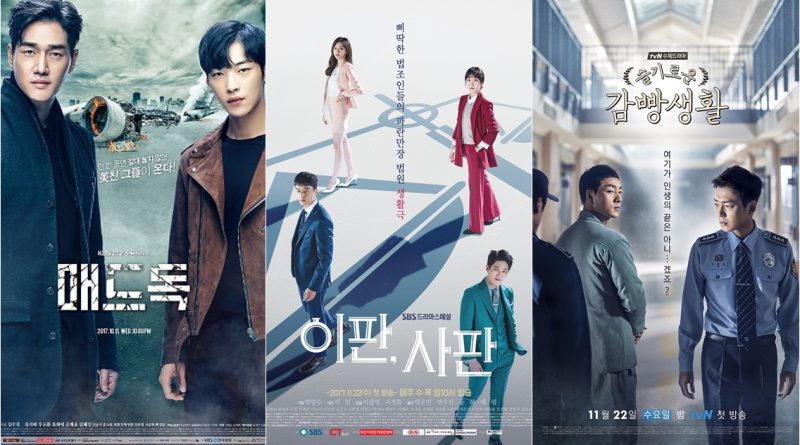 tvN ‘Prison Playbook’ and SBS ‘Nothing to Lose’ aired on the 22nd and will compete with KBS ‘Mad Dog’ drama. The characteristic of these three dramas is that each has a strong genre and it is not easy to judge who will be the strongest. Whether PD Shin Won Ho can make a hits drama or ‘Nothing to Lose’ will give you something unexpected.

‘Nothing to Lose’ will be different from the pre-existing court drama for telling realistic judges. Until now, the story of lawyers and prosecutors is quite a lot, but the story of this judge will give something different. MBC has postponed some works due to a strike after the last episode of ‘Hospital Ship’. With the end of the work strike, ‘I’M not A Robot’ will premiere on December 6th and be 2 weeks late than it should be. That way, ‘Prison Playbook’ and ‘Nothing to Lose’ will compete with the drama ‘Mad Dog’. There is a sense of curiosity whether the presence of ‘Prison Playbook’ and ‘Nothing to Lose’ will make something new on television.