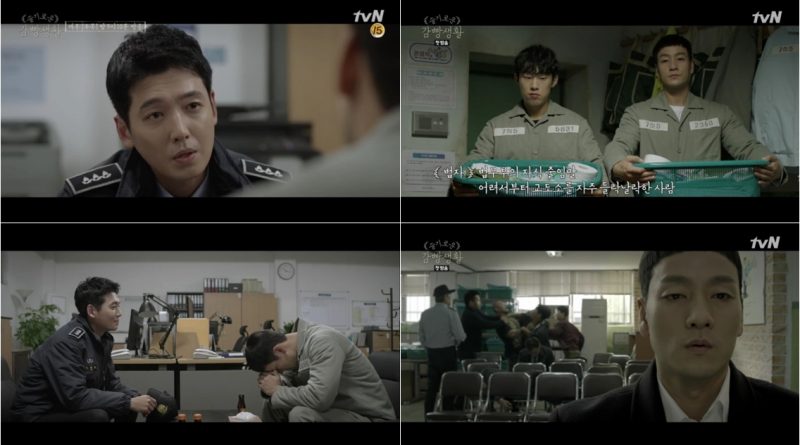 The story of Park Hae Soo’s prison life is very eye-catching and interesting. On the 22nd, drama tvN ‘Prison Playbook’ premiered. This drama is a black comedy that tells the life of baseball star Kim Je Hyuk (Park Hae Soo) and the prisoners in prison. In the first episode, Kim Je Hyuk’s hero baseball received punishment for overthrowing a gangster who tried to rape his sister. Je Hyuk’s life has really changed. Kim Je Hyuk was arrested for being considered not defending himself but doing an excessive defense. He was sentenced to 1 year in prison.

Kim Je Hyuk who looks innocent met a criminal (Kim Sung Chul) on the bus to the central detention center. Kim Je Hyuk started life in prison along with other criminals. Inside the prison Kim Je Hyuk feels sorry for the elderly man treated rudely by a thug (Lee Ho Chul). The old man clean4r the toilet but cannot get angry.


Kim Je Hyuk also learned many things from the sadness of the inmates. Some say if they do not get the money for the expenses of his mother’s surgery, she will likely die.

In the prison, Kim Je Hyuk met with his friend Junho (Jung Kyung Hwa). Junho is the one who is responsible for maintaining the central prisoners and the two remember each other’s past. Je Hyuk and Junho used to be a promising baseball player, then injured in a major accident while being in the car with the director. Junho stopped playing baseball while Je Hyuk kept trying it. Eventually, Je Hyuk becomes a baseball hero and Junho becomes a warden. Je Hyuk and Junho reunite and feel happy.

Je Hyuk looked for comfort and refused the money offered by Jo Joo Im (Sung Dong Il) and gets stuck in the isolation room. Junho commemorates Je Hyuk not to trust anyone. Junho suggests Je Hyuk only allow the inmate mother to perform the operation. The old man he was protecting involved nine murder allegations. The old man surprised him by saying he committed a crime by stabbing as many as nine times.

On the day’s impressions, Je Hyuk’s story with his prison background and adjustment was interesting. Especially when we see the innocence and power that Je Hyuk hides through Park Hae Soo whose acting is stunning. Since its premiere, the drama shows new and unexpected things about a group of prisoners in prison. It also makes the story interesting and touching.