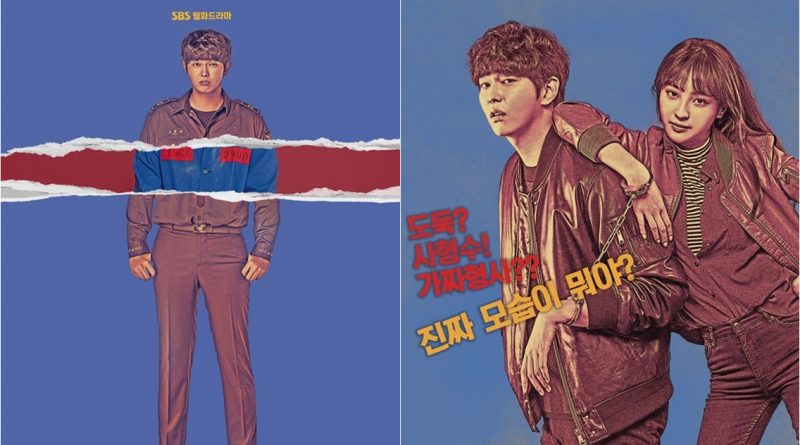 The fake detective ‘Doubtful Victory’ has captured the criminals. The new drama SBS ‘Doubtful Victory’ which premieres on November 27 released an official poster and announced the commencement of a unique drama on the screen. The drama depicts a story about a man fighting against his enemy and becomes a false detective.


Posters that have their own characteristics have attracted attention and seized the expectations of viewers.

On the first poster, there is Yoon Kyun Sang who acts as Oh Il Seung a detective who attracts attention. On the other hand, there is a figure of Kim Jong Sam (Yoon Kyun Sang) who is wearing a prisoner uniform with a number on a paper that seemed to be torn off. Posters that combine two characters as criminals and fake detectives make the characters more interesting.

The second poster also shows an interesting relationship of Jin Jin Young (Jung Hye Sung) who suspects Yoon Kyun Sang’s identity. The last poster contains 6 actors starring in different characters. Yoon Kyun Sang who looks like a genuine detective, Jung Hye Sung who looks to have the ability in his way, and Kim Hee Won (Park Soo Chil) a leisurely detective pointing his pistol forward. The writing ‘I came to catch the real bad guys!’ Became the center of attention with Yoon Kyun Sang’s stern gaze. There is no fear in Jung Hye Sung and Kim Hee Won that makes us look forward to their performances.