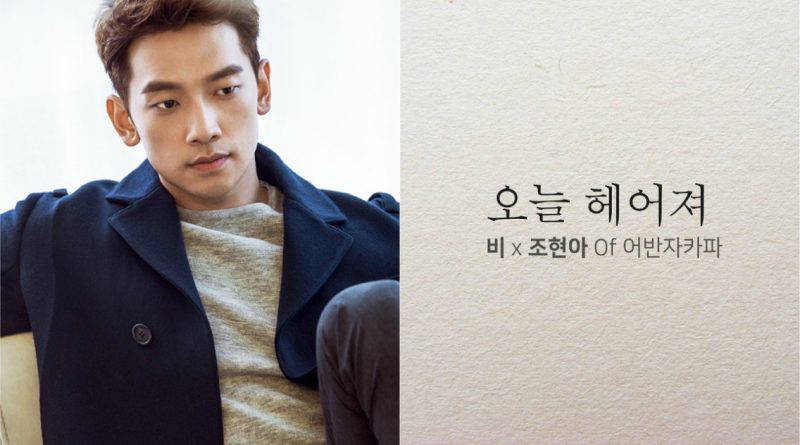 Rain will have a duet with Urban Zakapa’s Jo Hyun Ah for the pre-release song entitled ‘Broke Up Today’.

Rain duo song ‘Broke Up Today’ which will be released on the 24th at 6 pm is a song created by Jo Hyun Ah Urban Zakapa, this song tells about couples who have long been together and always fight but cannot be separated, they hesitate during separation, and their hearts are burdened. It’s a song filled with piano melodies filled with Rain’s beautiful voice and Jo Hyun Ah’s powerful voice.

Rain’s agency representative Rain said, “Although this is Rain’s first time in collaboration with Jo Hyun Ah, they made perfect harmony in the recording room as if they have been working together for a long time”, “This pre-release song is a song that touching feelings in winter, we also try to show Rain’s side that has never been seen before. ”


Rain and Jo Hyun Ah who participated as mentors in KBS2’s ‘The Unit’ program, while at the recording site show their respective musical colors and work in a professional manner.

Meanwhile, Rain and Jo Hyun Ah Urban Zakapa’s song entitled ‘Broke Up Today’ will be released on various online music sites on the 24th at 6 pm.