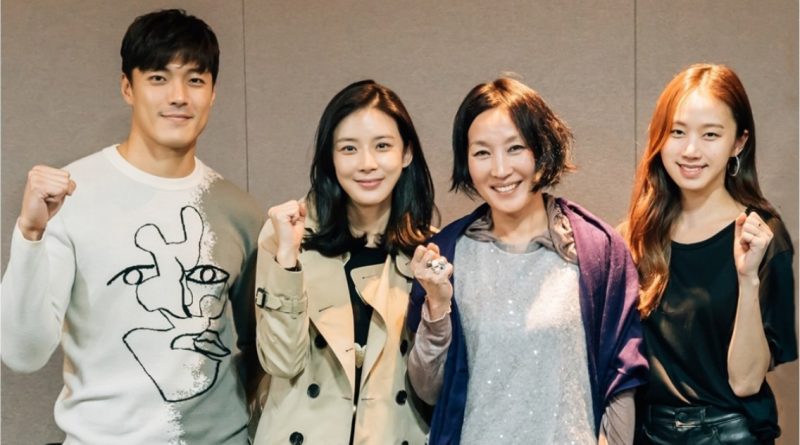 The drama ‘Mother’ shared photos during the script reading.

The drama ‘Mother’ is based on a Japanese drama of the same title. The drama is about a woman (Lee Bo Young) who decides to be the mother of a violent child. This drama attracts people because of Lee Bo Young who is a warm and urban woman and also the return of actress Lee Hye Young to the screen after 7 years. Coupled with director Kim Chul Kyu who is famous for his highly detailed guidance as in the drama ‘Chicago Typewriter’ and ‘On The Way To The Airport’ as well as the writer of The Handmaiden film that is able to play the audience’s emotions, Jung Seo Kyung makes this drama is one of the 2018 dramas that the public awaits.


Lee Bo Young who plays the elementary school teacher named Soo Jin and wants to be the mother of Hye Na, who was violent, said “Since I am also a ‘Mother’, I can not help but choose this work.”

In addition, Ha Yool, who plays the role of Hye Na, a child who, despite her experiences of violence, always said that she was fine even before anyone questioned her, was reportedly selected after going through the audition stage opened by the crew many times.

Actress Lee Hye Young who returned to the screen after 7 years appealed to the public for her role as a 60s mother who raised her own three daughters, and had so much charisma. She acts as Lee Bo Young’s mother and makes her reading sound warm.

Director Kim Chul Kyu said, “Although the filming of this drama will be very cold because it was done in winter, I hope the drama ‘Mother’ can be a warm consolation for people.” He also added, “It seems like the drama ‘Mother’ will be a drama that touches everyone’s hearts.”

June 18, 2017 Tirta Comments Off on Seo In Gook Will Not Have to Finish His Military Service
DRAMA VIDEO