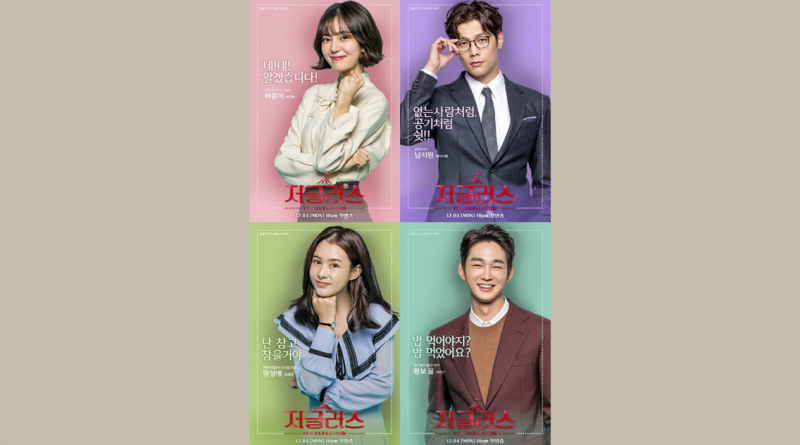 KBS 2TV’s  new Monday-Tuesday drama ‘Jugglers’ released 4 pictures of the characters Baek Jin Hee, Choi Daniel, Kang Hye Jung, and Lee Won Keun. On December 4th, the drama ‘Jugglers’ will premiere. The drama is about romance and the relationship between the secretary and his boss, the man who rejects any interest with women and a woman who live as a professional supporter. First there is the figure of Baek Jin He who shows her passion in receiving orders from the boss and willingness to do anything. With the words ‘Yes! Yes! I understand’ has drawn attention to how the secretary will make the heart of his boss Nam Chi Won fascinated. Baek Jin Hee’s acting is awaited.

Choi Daniel plays Nam Chi Won, the boss at the YB company and earned the nickname ‘Misterious Man’. Nam Chi Won completely ignores the existence of his secretary. It is expected to give a sensation to the audience as a change in the relationship between the boss and secretary.


Kang Hye Jung implies a strong message “I’ll hold her” while holding her chin with one hand. In the life of Kang Hye Jung’s 15-year-old wife, he does not know what the world looks like and is a new juggler. Gives viewers a surprise and satisfaction to a strange fantasy.

Lee Won Geun smiles brightly without worrying about anything. As one of those responsible in YB there is a message on his poster that reads “You must eat, have you eaten?” A rare character who goes to the office for a meal with colleagues. He is nicknamed the King Secretary and is expected to draw the attention of viewers with his powers.

November 21, 2017 Ria Comments Off on [RANK AND TALK] 3 Places K-Pop Fans Have to Visit While In Korea