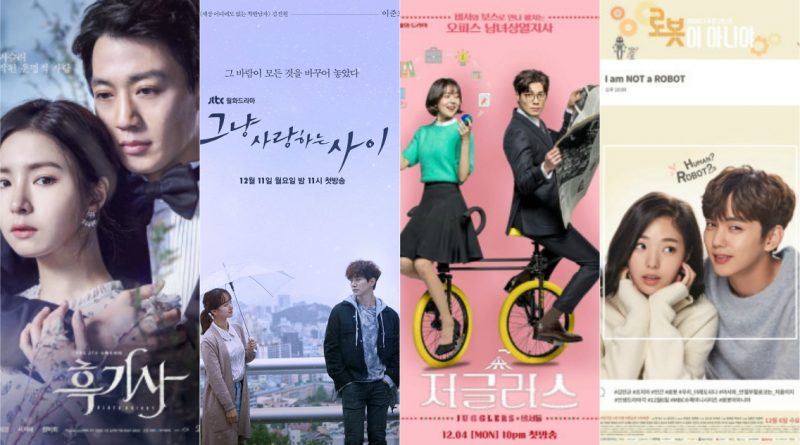 There is a drama genre that is missing for a while, lately the drama is dominated by the genre of mystery and fantasy. The missing genre is romantic drama. Because the latest work focused on the serious story, it’s hard to find a romantic comedy with a perfect love story. But in this winter, a warm love story will come one after another.

KBS’s latest drama “Black Knight” which will air on December 6, tells the story of a man who is willing to fight a dangerous fate for the sake of the woman he loves.


As the predictable bias of the words of destiny, true love, this drama describes ‘pure love’. However, ‘Black Knight’ is a fantasy melody drama spread over 200 years.

Another drama is JTBC ‘Just Between Lovers’ drama series which will air on December 11th. The drama tells of a process in which a man and woman survived an accident and attempted to bury their wounds. This drama shows a romantic story that is hard to find these days. This is the drama of Lee Joon Ho (2PM) in which he broke the character in the drama ‘Chief Kim’ which did not show a romantic appearance.

Another romantic comedy drama is KBS’s newest drama ‘Jugglers’ which begins airing on December 4th. 2 days later on December 6th, MBC drama ‘I Am Not a Robot’ drama will air. ‘Jugglers’ is a drama that tells the story of a female secretary who lives passively but has a spirit of devotion and obedience and a man who is her boss who denied the interests of others and established relationships. This drama is the first drama Choi Daniel stars in after finishing his military service.

The drama ‘I Am Not a Robot’ is a bit unique. This drama depicts a man who has never dated a woman because of allergies with humans and fell in love with a woman who is a robot. Viewers will find new stories by combining robots in stories that are rarely discussed in dramas. The persuasive developments and natural acting of the actors will likely have a significant effect on the box office.