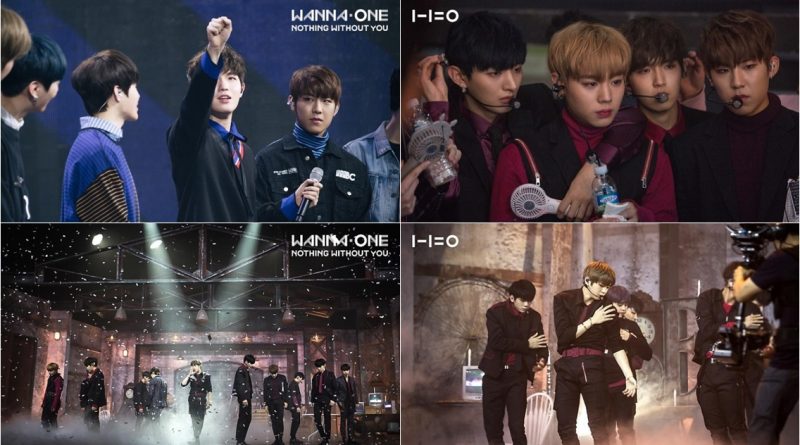 The behind-the-scenes photos of ‘Wanna One’ Comeback Show were released and turned into talks. On the 4th through official Instagram, Wanna One released a photo behind the comeback show and wrote down the caption, “Wanna One x Wannable, one of ‘Beautiful Wanna One’s Comeback Show’ scenes.”

Before the comeback show, Wanna One was seen performing stage rehearsals and script reading for a cool show.

Their aura looks different from a serious look at the performance of the members when monitoring the rehearsal.

Feelings of tension and excitement when they performed new song performances were caught on camera. They wore a suit while perfoming the songs ‘Nothing Without You’, ‘I Want Have’, and ‘Energetic’. And a photo with the title song ‘Beautiful’ was released. When displaying sexiness with the sword, they smile brightly and cutely and attract attention.