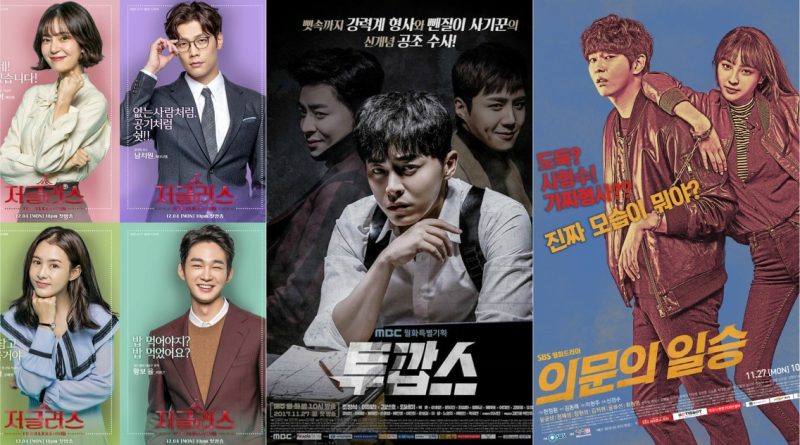 Monday-Tuesday dramas have a fierce competition.

According to a Nielsen Korea survey on December 6th, KBS 2TV ‘Jugglers’ earned a rating of 7% for episode 2 aired yesterday. This rating is 1.4% higher than episode 1.


Though ‘Jugglers’ occupies the third position in monthly drama, it is the only drama among three dramas that attracts attention due to a sudden rise in ratings.

After the end of KBS 2TV ‘Witch’s Court’ drama last week, on December 5th, ‘Two Cops took the drama throne for Monday-Tuesday drama with a drastically increasing ranking. But in just a day, the ‘Two Cops’ and’ Doubtful Victory’ ratings declined and the Jugglers’ drama crawled up, and the future ratings are unpredictable.