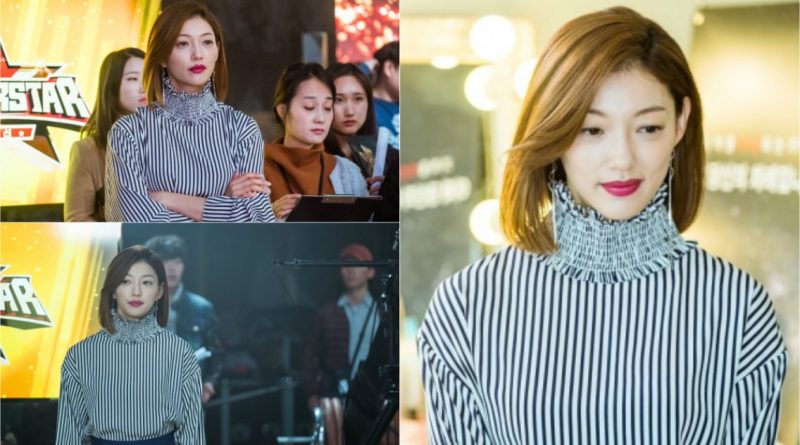 ‘Hwayuki’ Lee El looks to have an enchanting eye and her red lips reveal her magical powers.

The latest weekend drama tvN ‘Hwayuki’ is a drama lifted from an ancient novel, an absolute romantic exorcism depicting the journey of Son Oh Gong (Lee Seung Gi) and King Wooma in search of light in a dark world. In the drama ‘Hwayuki’, Lee El plays Ma Ji Young as secretary of the biggest entertainment company in Korea.

Lee El who plays Ma Ji Young is a secretary who appears as a gangster who is always faithful to King Wooma. With a cool personality and a brilliant fashion, she shows her charm, tantalizing, and intense charm and attracts attention. In addition, Lee El and Cha Seung Won are rhe superior and secretariy showing a history that attracts viewers.


Lee El has left a deep impression in the drama ‘Goblin; which aired in January, in the drama she heightened the tension by appearing as a beauty doctor in the black world. Because of this, viewers look forward to the charisma that Lee El shows with her unique personality in the upcoming drama.

In addition, Lee El has created extraordinary images and charisma in each of her works, and this time through drama, Hwayuki’ she is ready to exude her very strong charisma.