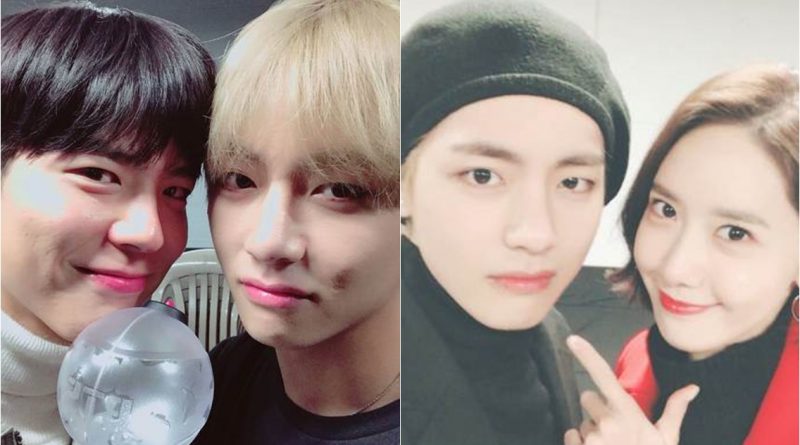 BTS V  has great friendship with other celebrities. On December 11th, through BTS’s official SNS, V shared photos with the caption, “Friends who are proud of me”.

They came to the ‘2017 BTS LIVE TRILOGY EPISODE Ⅲ THE WINGS TOUR THE FINAL’ concert held at Seoul Gocheok Dome Sky from 8 ~ 10 at the invitation of V.

September 13, 2017 Ria Comments Off on Park Bo Gum’s Activities While Being Absent In Filming For A Year
DRAMA VIDEO