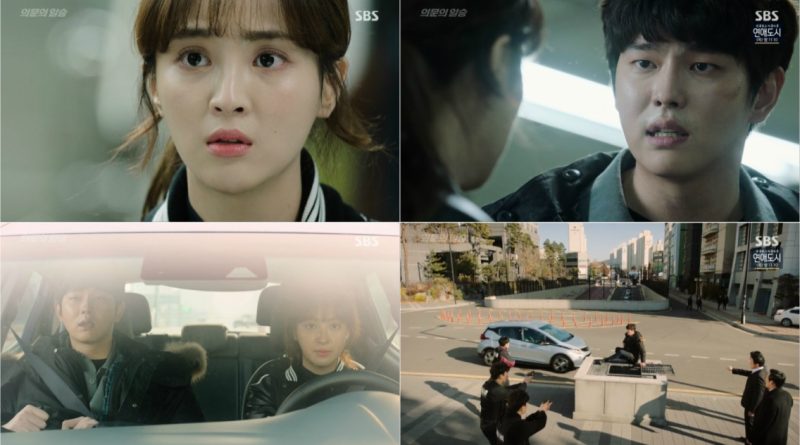 Actor Yoon Gyun Sang showed his emotion in the drama ‘Doubtful Victory’. He thinks money that saves people, not a detective. It is a fact that cannot be denied.

On the 11th and 12th episodes of SBS ‘Doubtful Victory’ aired on December 12th, Oh Il Seung (Yoon Gyun Sang) found his sister’s kidnapper who is the subordinate of Lee Gwang Ho.

Kim Jong Sam stole 10 billion Won fund made by Lee Gwang Ho during his presidency and tried to return the money bag to save his brother by risking his life. However, when Jin Jin Young (Jung Hye Sung) heard Kim Jong Sam’s voice calling his nickname, he then saw his identity. Kim Jong Sam is a villain and is not a detective named Oh Il Seung (Yoon Gyun Sang).

Among them, Kim Yoo Soo (Choi Dae Hoon) was investigating Lee Kwang Ho’s fund and also tracking Kim Jong Sam’s whereabouts. Kim Jong Sam ran to the subway platform to avoid Kim’s prosecutor, but Jin Jin Young followed him. As soon as Kim Jong Sam was hiding in the crowd, Jin Jin Young tried to prevent Kim Jong Sam from escaping with a bag full of money and handcuffs that tie his wrists.

However, Kim Jong Sam said, “I do not want to hurt you. But if you continue like this, that person will die. So please go,” he said to Jin Jin Young embarrassed. Jin Jin Young easily thought of releasing the handcuffs and letting them escape to the subway station.

He came out through the ventilation where Kim’s prosecutor had been waiting for him. Jin Jin Young then shows up and brings Kim Jong Sam into the car. Jin Jin Young, “Where can you go? where did you go if you died ?,” he helped Kim Jong Sam and tried to stop the kidnappings and hostages.

Even so, Kim Jong Sam said, “Stop caring, because you cannot find him,” showing his displeasure. Former president Lee Kwang Ho was determined not to stop him with the help of detective Jin Jin Young. Jin Jin Young, “Seeing no criminals in Korea? So, who is alive ?, “it’s crazy, but it’s no use. Kim Jong Sam yelled “Money”, and screamed “Money will save lives”.

In fact, Kim Jong Sam did not receive help from public authorities until he became a murderer, executed, and disguised as a detective. He always questioned each time being an NIS agent and Lee Gwang Ho’s involvement in the case of the flow of funds. Kim Jong Sam is crying because of the power of “Money” and not the “detective” power that can save the person.