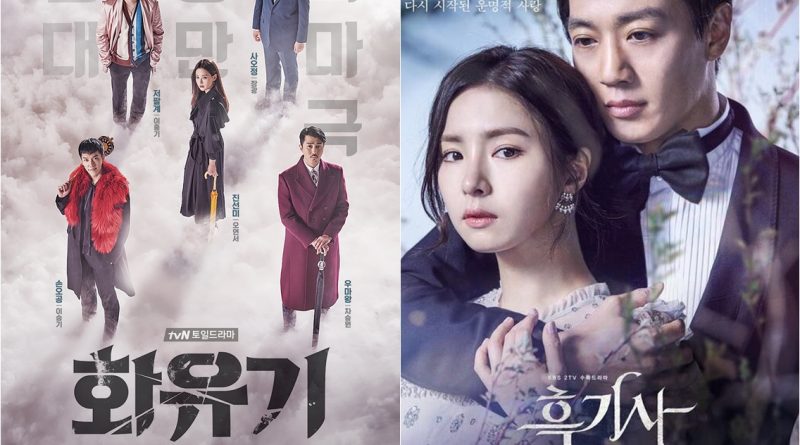 tvN’s drama ‘Goblin’ has ended in January, various fantasy dramas have aired. But in conclusion, everyone is still bitter with the ‘Goblin’ and re-evaluate. To surpass ‘Goblin’, there are finally two dramas that reach high viewers ratings at the end of the year. KBS2’s Wednesday-Thursday drama ‘Black Knight’ and tvN’s Saturday-Sunday drama ‘Hwayuki’.

‘Black Knight’ is already running, this drama tells about men and women who rely on destiny. In this drama, Moon Soo Ho (Kim Rae Won) and Jung Hae Ra (Shin Se Kyung) are involved with fate, the attraction is the appearance of unknown characters such as Jang Baek Hee (Jang Mi Hee) and Sharon (Seo Ji Hye) who never died. What distinguishes it from the drama ‘Goblin’ is that the character around him has a mystical power, not from the main character. “The main character is not real, so viewers can not sympathize” said PD Han Sang Woo.

Words of PD Han Sang Woo conveyed that the two leading actors ‘Black Knight’ live with the conviction that they are an opportunity of fate around them. Viewers can feel the same way about ‘destiny’ through drama. The main actor receives the fate they get and complains about it, giving the viewer a chance to deepen the drama. Therefore, the melodrama of fantasy and tension mixed in ‘Black Knight’ was well received by the viewers.

PD Park Hong Kyun revealed, Hwayugi’s drama has many genres compared to other dramas. In addition to fantasy, there is also action, melodrama, history and others. He also explained the storyline to be touched separately.

Both works of KBS and tvN got great anticipation in the second half of this year. ‘Black Knight’ appeared and was ranked 1st, then ‘Hwayuki’ starring Lee Seung Gi. To get a 10% rating on the first episode, the shooting was done with hard work. It is worth noting whether any work can go beyond ‘Goblin’ after one year.