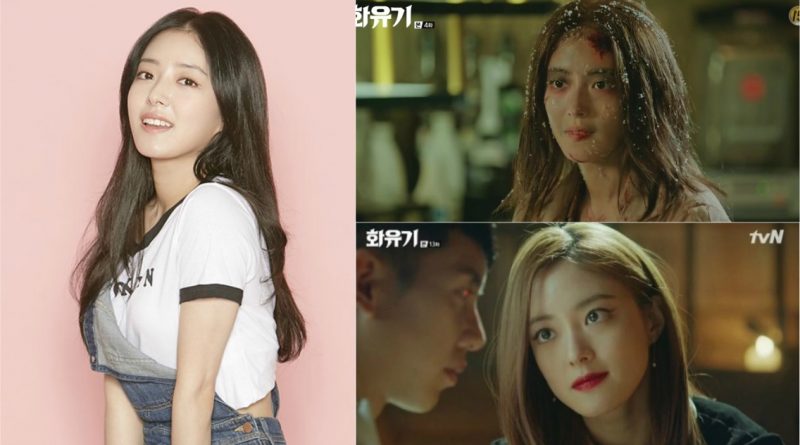 Lee Se Young left an extraordinary impression after playing three roles in tvN’s drama ‘A Korean Odyssey’ as Jin Bu Ja and Asanyeo. Between the unique and interesting characters, Lee Se Young showed an outstanding acting ability and also the great visual and beauty that has gained her a lot of attention as the main lead.

At first, Lee Se Young appeared as a zombie girl. The drastic change on her appereances as a zombie with dirt and blood on her face and her dishelved hair doesn’t change the fact that she is amazing. She also overflowed with positive reactions after playing the zombie girl.

When she played the role of warm-hearted zombie girl ‘Jin Bu Ja’, she showed a very unique charm and chemistry that made viewers interested on watching her performances.

And then her character changed into a woman who tried to ruin Son O Gong and Samjang Jin Seon Mi’s relationship where she became a very powerful character. She played the role of Asanyeo, an evil charismatic woman with full of charms which is far cry different from the innocent and bright zombie girl Jin Bu Ja.

Lee Se Young amazed the viewers with her acting skill of full of emotions. From the innocent Jin Bu Ja to the evil woman who tried to take Son O Gong away from Jin Seon Mi, she showed a great performances especially when she showed Jin Bu Ja’s heart-melting emotions through her eyes towards Ju Pal Gye.

By the end of the ‘A Korean Odyssey’ episode, she made a shocking confession from the heart of Jin Bu Ja and made the viewers melt into her acting skill.

Lee Se Young has proved herself that she is an actress that not only bring the bright and cheerful character to life but also the ambitious and powerful role too. The expectation of viewers on her career in the future is rising day by day.