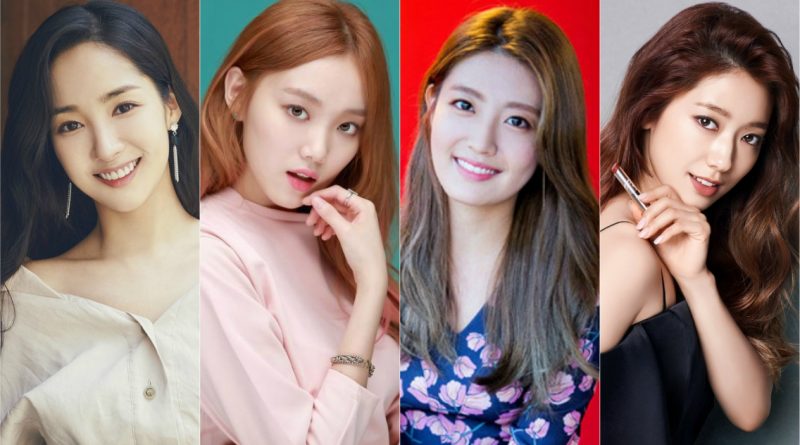 This year there will be four actresses that will entertain drama fans through their newest drama in tvN. Starting from Park Min Young, Park Shin Hye, Nam Ji Hyun to Lee Sung Kyung will give make the second half of this year even more colorful this year through their unique characters in each dramas. These four dramas are none other than ‘Why Secretary Kim?’ which Park Min Young took the lead role, ‘Memories of Alhambra’ with Park Shin Hye, ‘Hundred Days Husband’ with Nam Ji Hyun and least but not last ‘About Time’ with Lee Sung Kyung. These four actresses have been resting for a quiet long time from the entertainment industry and now they’re ready to comeback and entertain their fans. They will become the main lead along with good looking actors and ready to gives off a romantic atmosphere in this summer. Not only because of the interesting plot, these actresses will show off their dazzling appearances and amazing acting skill that are definitely worth to wait. Are you curious on what kind of dramas that these four beautiful actresses would play this year? Let’s check it out.

tvN’s newest drama that is set to air this June entitled ‘Why Secretary Kim?’ is a drama that was adapted from the popular webtoon with the same title. The main lead actor and actress of this drama has gained a lot of attention from the viewer. Park Min Young will play along with Park Seo Joon in this drama. ‘Why Secretary Kim’ told a story of a Chairman named Lee Young Jae who has perfectly sculpted feature but very selfish and narcissistic. Lee young Joon fell in love with his secretary named Kim Mi So. Kim Mi So who has been working for 9 years with him suddenly resigned, causing the affair between the two of them starting to bloom. Their fans simply couldn’t wait to see the combination of Park Min Young and Park Seo Joon. This drama is directed by PD Park Joon Hwa and has become one of tvN’s long-awaited drama. This drama is set to air every Wednesday and Thursday on 9.30p.m (GMT+9) later in June.

Another tvN’s newest drama in the second half of 2018 is ‘Memories of Alhambra’. This drama is directed by PD Ahn Gil Ho and is written by writer Song Jae Jung. This drama told a story of a charming CEO named Yoo Jin Woo that went to Granada, Spain after being betrayed by his most trusted friend. Yoo Jin Woo stay at some old hostel that is run by Jung Hee Joo and the two of them started to face various stranger situations after their meeting. Park Shin Hye will play the role of Jung Hee Joo and became Hyun Bin’s partner. Park Shin Hye will bring a new color to her new character in ‘Memories of Alhambra’. This drama has been noted as Park Shin Hye’s comeback after two years absence since her last drama ‘Doctors’. This drama will start shooting on Mei in Spain. The exactl release date of this drama is still unknown.

PD Lee Jong Jae’s newest drama successfully turned Do Kyung Soo (EXO D.O) and Nam Ji Hyun as the main lead of his drama. This drama told a story of a crown prince named Lee Yool who suddenly disappeared for a hundred days before he returned as another person. Nam Ji Hyun will play the role of detective Hong Sim and she will be EXO D.O’s partner. The romantic story between the two of them will start as soon as D.O returned after a hundred days and met Hong Sim. Nam Ji Hyun will play a role of Hong Sim who is known for her reputation as a genious detective. The total episode of this drama will be 16 episodes and it will air in tvN. ‘Hundred Days Husband’ is set to air in the second half of 2018 but the exact date of release hasn’t been unveiled.

Lee Sung Kyung will return to the small screen after her last work ‘Wightlifting Fairy Kim Bok Joo’. She will return in a drama ‘About Time’ that is directed by PD Kim Hyun Sik. This drama told a story of a woman named Choi Michaela who is a musical artist. Choi Michaela has the ability to see other people’s lifespan. She will meet a man named Lee Do Ha who has the ability to stop the time. The two of them will involve in romantic affair as they tried to stop other people from their death. Lee Sung Kyung will play the role of Choi Michaela and she will play along with Lee Sang Yoon who will play the role of Lee Do Ha. This drama is set to air on 21st of May 2018 every Monday and Tuesday at 9.30pm (GMT+9).