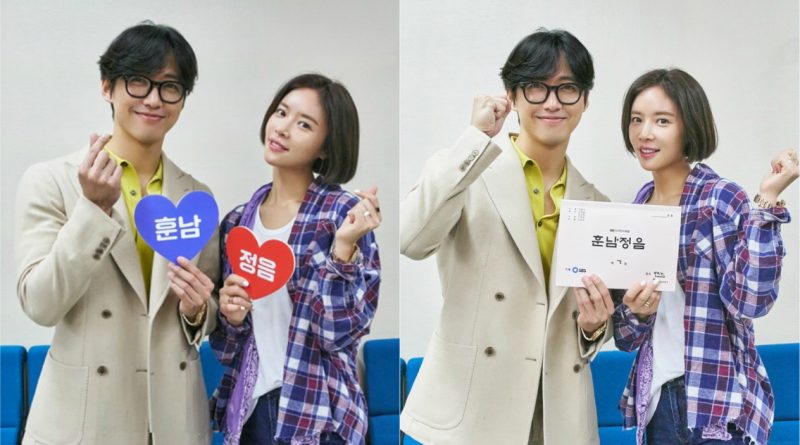 ‘Hoon Nam Jung Eum’ is set to air this May after ‘Switch: Change the world’ told a love story filled with romantic comedy about a man who doesn’t want to love and a woman who dreamed of true love. The two later will met and eventhough they’re on the opposite opinions, they will eventually fell in love and get into a serious affair.

PD Kim Yoo Jin said that “this is my first drama and I am so glad that I can have great actor and actresses as the main lead. I will work hard to make this drama perfectly fit for the warm spring this year.”

The script reading is already gaining a lot of attention since its beginning. Nam Goong Min will play the role of Kang Hoon Nam, a man who is very charming with dazzling appereance and gentle personality but he he doesn’t believe in love and has no intention on getting into a serious romantic relationship.

Hwang Jung Eum will play the role that was made exactly for her named Yoo Jung Eum. Yoo Jung Eum is a woman who dreamed of romantic relationship and wanted to find her true love in real life.

Nam goong Min and Hwang Jung Eum looked perfectly in sync and ready to create a perfect chemistry for their character. They had worked in the same drama 7 years ago entitled ‘Can You Hear My Heart?’ that make people put a high expectation on their reunion through this drama.

After the script reading, Nam Goong Min with a positive attitude said “I will work hard to produce a good work” he said and Hwang Jung Eum Said, “I am so happy as if I’m going to picnic. We will definitely try to work hard to give our best to viewers”.

April 21, 2017 Tri Comments Off on Lee Min Ho Will Start His Military Duty on May 12
STAR VIDEO