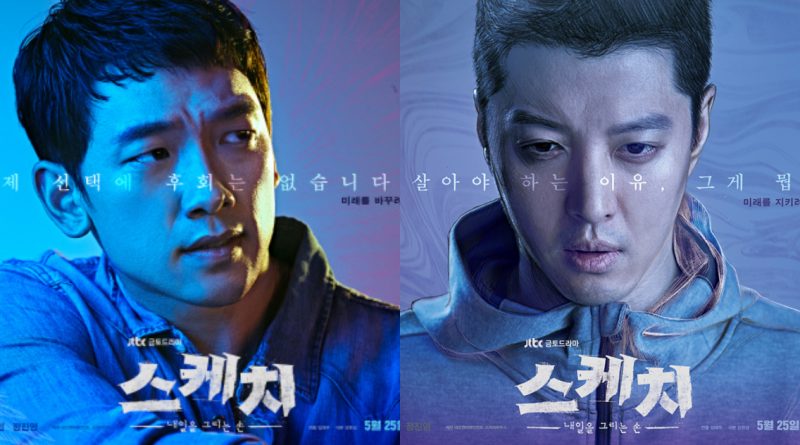 Actor Jung Ji Hoon (Rain) and Actor Lee Dong Gun will reunite again after 15 years. Meanwhile the two of them got married and went through the joy of the birth of their child. After becoming a father, will the two of them be able to live up their characters in their newest drama?

JTBC’s newest drama entitled ‘Sketch’ is set to air for the first time today (25th of May).

‘Sketch’ is the first drama that both Jung Ji Hoon and Lee Dong Gun choose after they’re married that gained a lot of veiwers attention. Jung Ji Hoon married actress Kim Tae Hee in January last year and now he is officially a dad through the birth of his child last October. Lee Dong Gun married actress Jo Yoon Hee and became a father since December last year. The reason why this drama is worth to watch is how both actors matured after becoming a parents.

Jung Ji Hoon will showed the perfect action performances through drama ‘Sketch that took a lot of attention. Lee Dong Gun is also expected to show off his deadly charm when fighting against Jung Ji hoon. This drama is set to air on 25th of May at 11pm (GMT+9).

June 23, 2017 Tirta Comments Off on The Casts of ‘My Father is Strange’ Show Their Support for ‘Anarchist from Colony’ Movie
MOVIE VIDEO