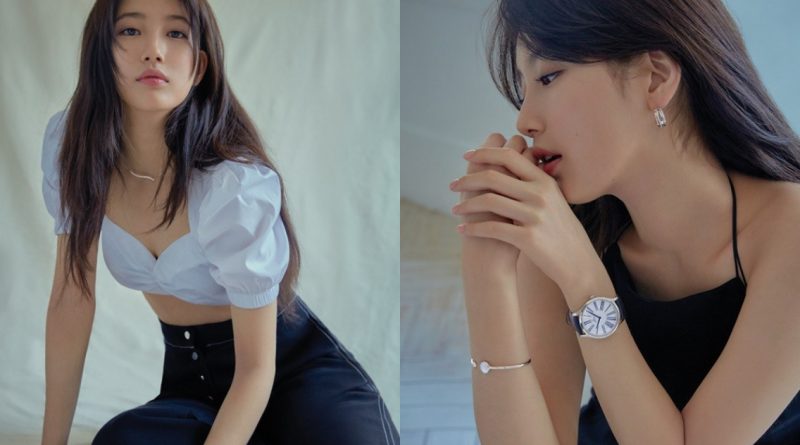 Recently, ELLE magazine has released its pictorial with Suzy for the June issue.

The pictures was released by ELLE Korea to show off the dazzling beauty of Suzy.

Starting from the very feminine looking gown that screamed elegant to a croptop that gives off a sense of chic, Suzy has changed into a very colorful characters especially through her magnificent and fascinating stare.

In the inverview along with the pictorial, Suzy who has debuted as both singer and actress frankly told about her recent developments, “I work without a break, I even lost the track of time. I often feel like I didn’t exactly do or get what I expected, but I don’t hink that I’m doing good lately too. I think now I have to learn everything for the future” She said.

When asked about her next activity, she replied, “I haven’t decided and haven’t found the balance between the acting or music. I think I’ll just go with the flow naturally than getting everything arranged. I hope that all of you can see as someone who can do well on both whether it’s singing or acting”

Pictures and the interview of Suzy in this month (June) Issue can be seen in the ELLE official website.