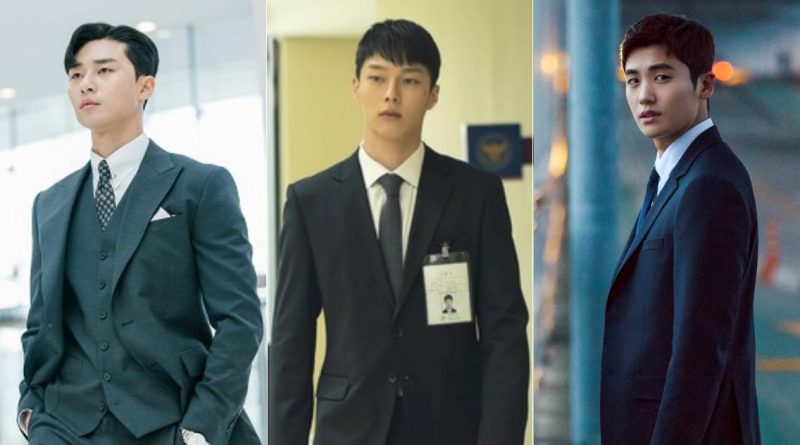 Every Wednesday and Thursday, all the drama lovers seemed to be given a thrill warning from watching their favorite dramas. All of this is because Park Seo Joon, Jang Gi Young and Park Hyung Sik. The dazzling visual and the great acting ability that can live up to viewers satisfaction has successfully captured the viewers heart.

Park Seo Joon showed his developments in Romcom as he recently became the hero of the romcom drama through his character in tvN’s newest drama ‘Why Secretary Kim’. Lee Young Joon who is blessed with wealth, good look and great skill is a narcissist who always so full of himself armored with the charming voice and the good manner.

Park Seo Joon is an actor with a great skill that can live up the romantic comedy drama perfectly. Whoever the actress is and no matter how old they are doesn’t seem to matter to him as he successfully became the Romcom King through his drama ‘She Was pretty’ and ‘Fight For My Way’. His playful and lovely but also straightforward character has been imprinted in the viewers mind.

Some stars turned their worry into a huge expectation. And that is none other than MBC ‘Come Hug Me’ main lead Jang Gi Young. Jang Gi Young played the role of Chae Do Jin, a police officer who has a psychopath killer father in drama ‘Come Hug Me’.

Jang Gi Young has been receiving a lot of love when he became Jang Na Ra’s first love in the KBS ‘Confession Couple’ with the total of 32 episodes but he yet became the talk of the town.

But then after his appearances in ‘Come Hug Me’, he is successfully became the hot topic in between the viewers.

Park Hyung Sik has successfully got rid of people’s worry about him by showing an amazing performance.

Park Hyung Sik is a former member of group ZE:A and has started his career as an actor until he labeled himself as an actor. His charms in every character he plays has captured the viewers heart, from the playful and mischievous looking guy to a handsome guy in suit.