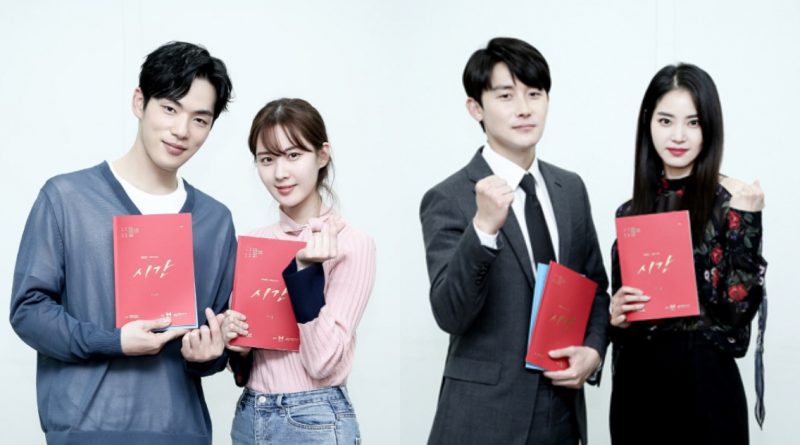 MBC newest drama entitled ‘Time’ that is scheduled to release after ‘Come and Hug Me’ comes to end will tell a very unique story where time became the most important thing to change people’s life.

Its first script reading took place in MBC Conference Room in Ilsan on 28th of April and was attended by the actors and also the production team.

First, Kim Jeong Hyun will play the role of Chun Soo Ho, A CEO of a restaurant and a son of a family who own the big company named W. Chun Soo Ho will struggle to turn back time to save someone’s life and to make up his own mistake that has ruined a woman’s life.

Seo Hyun reunited with PD Jang Joon Ho again for the first time since ‘Bad Thief Good Thief’ and her character in this drama is very bright and positive. But then a drastic change happened after her sibling’s sudden death. She is expected to touch the viewers heart through her excellent acting on expressing her happiness and sadness.

May 10, 2018 Ria Comments Off on 4 Celebrity Couples Who Become More Intimate After Getting Married
Rank&Talk STAR