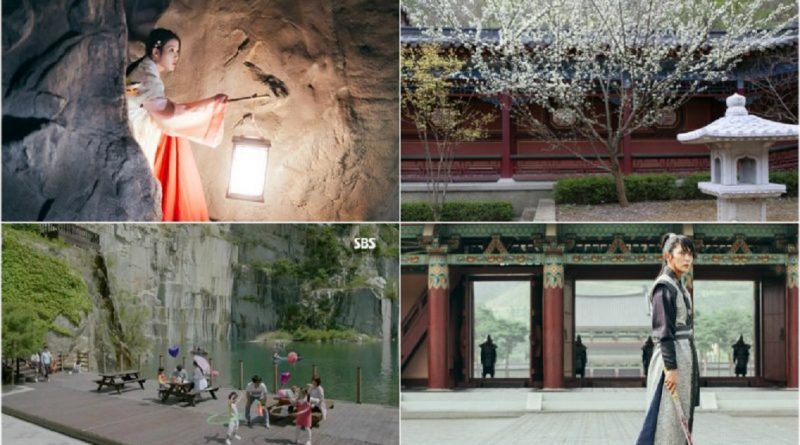 Hi Readers! You must be familiar with the drama ‘Moon Lovers’, starring Lee Jun Ki and UI. Now, we’re going to visit some of their filming locations. Check this out!

Ondal Tourist Park is an area with various tourist facilities and tourist attractions. This place has become a popular shooting location for historical dramas, because the park has Chinese style buildings, such as houses for the nobleman and the layman, palace, and also traditional market.

Visitors could freely roam in this area and look at the costumes or props. In ‘Moon Lovers’, Ondal was used as the Goryeo princes’ palace.

In the first episode of’Moon Lovers’, Go Hae-Jin fell in the water and was transported back to the Goryeo Dynasty. The scene took place in Pocheon Art Valley, with its fantastic looking water and Cheonjuho Lake canyon.

The place started to become a tourist attraction in 1990. Cheonjuho Lake was shaped from a water and rain that fills the hole when the stone was dug out. The deepest point of this lake is only 20 meters deep.

Baekje Cultural Land in Buyeo is the center shooting location for ‘Moon Lovers’. Baekje Cultural Land is the place of Baekje Palace from the Three Kingdoms period. The tourist destination consists of Sabigung Palace, Neungsa Temple, Living Culture Village (which displays various houses from different social classes during that era), and Wiryeseong Fortress, which is Korean first government building and also an ancient palace grave.